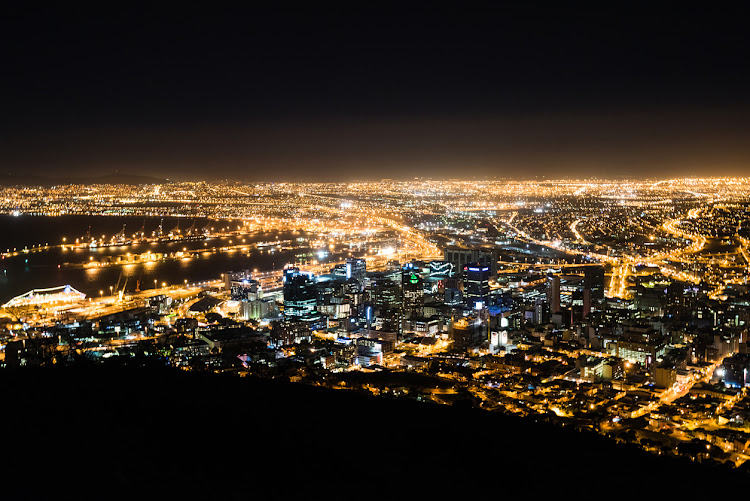 Cape Town skyline. The City of Cape Town and Nelson Mandela Bay are the most violent metros in the country‚ based on murder rates. File photo.
Image: Gallo Images/ IStock

The City of Cape Town and Nelson Mandela Bay are the most violent metros in the country‚ based on murder rates‚ but the former has the highest rate of crime detected through police work.

These are some of the facts contained in the State of Urban Safety Report in South Africa released on Wednesday.

The report was compiled by members of the Urban Safety Reference Group (USRG) hosted by the South African Cities Network (SACN) with the support of the GIZ-Inclusive Violence and Crime Prevention (VCP) Programme.

It is an update of the state of crime and violence in South Africa’s major cities‚ and a review of knowledge generation and sharing among city safety practitioners over the past year.

It covered nine large‚ urban municipalities over an 11-year-period of 2005/06 to 2015/16‚ using data from government departments‚ Statistics SA and other organisations.

The availability of alcohol and its role in fuelling crime has come under scrutiny in a new report released on Wednesday.
News
4 years ago

The report used the same methodology adopted in 2016 but with the addition of population estimates for each year (as opposed to a static population from the 2011 Census) which allowed for a better comparison over time.

Cities are where the majority (63%) of South Africans live and where crime and violence are concentrated.

The nine large‚ urban municipalities analysed in this report are home to about 40% of the residents of South Africa‚ but record about 77% of the car hijackings‚ 74% of the vehicle theft‚ 64% of the aggravated robberies‚ 58% of the residential robberies and 47% of the murders.

Over the long term‚ eThekwini has seen the greatest decrease in murder rates since 2005/06‚ followed by Buffalo City and Msunduzi in KwaZulu-Natal.

The murder rates in the three Gauteng metros (Johannesburg‚ Ekurhuleni and particularly Tshwane) have remained below the national average.

Johannesburg remains the clear leader in robberies at residential premises‚ with a rate that remains double the national rate.

The murder rate is used internationally as a measure of overall rates of violence.

Based on murder rates‚ the two most violent cities in South Africa are Cape Town and Nelson Mandela Bay‚ both of which have high levels of gang crimes‚ followed by Buffalo City.

Buffalo City and Mangaung lead the cities for assaults and sexual offences but have relatively low robbery rates‚ unlike Cape Town‚ which has the highest rates for robbery and property related crimes.

Robbery is also an issue for Johannesburg‚ Nelson Mandela Bay and Ekurhuleni‚ whereas Msunduzi and Mangaung have the two lowest robbery rates of the cities.

Between 2005/06 and 2015/16‚ Nelson Mandela Bay went from having the third-lowest rate to having the second-highest rate of robberies at residential premises.

Over the 11 years‚ only Buffalo City remained below the national rate.

Until 2011/12‚ Cape Town remained below the national rate but since then has seen its rate steadily climb to just behind that of Nelson Mandela Bay in 2015/16.

Robberies at residential premises in Msunduzi Local Municipality remained fairly even throughout the period‚ at or below the national rate since 2007/08.

Except for Msunduzi‚ which has among the lowest rates‚ all cities have seen a steady decrease in the rates of assault GBH‚ especially Nelson Mandela Bay‚ although the figures for Buffalo City and Mangaung remain high compared to the other cities.

On a cold July evening in the township of Galeshewe on the western flank of Kimberley‚ members of Operation Wanya Tsotsi gather at dusk on an open ...
News
4 years ago

Nelson Mandela Bay has seen a steep decrease in residential burglary rates‚ whereas its residential robbery rates have climbed over the past 11 years.

Residential burglary rates have steadily declined in Tshwane (since 2009/10) and Buffalo City (since 2011/12) but remained stubbornly high in Cape Town and Mangaung (since 2008/09).

The only two cities to have rates consistently below the national rate throughout the period were Ekurhuleni (except for 2009/10) and Msunduzi (until 2014/15).

Researchers described theft of vehicles and motorcycles as a mostly urban crime‚ with the rates in almost all nine cities staying above the national rate for most of the 11 years‚ except for Buffalo City. All cities have seen a decline in this type of theft over the period.

However‚ despite a steady decrease‚ Johannesburg and Tshwane remain the cities with the highest rates of vehicle and motorcycle theft‚ whereas Cape Town and Ekurhuleni have both experienced a slight upswing since 2011/12.

Throughout the period‚ Cape Town had the highest rate of crime detected through police actions‚ increasing steeply between 2005/06 until 2011/12 and has since seemed to reach a plateau. This increase was largely a result of the rise in drug-related crime.