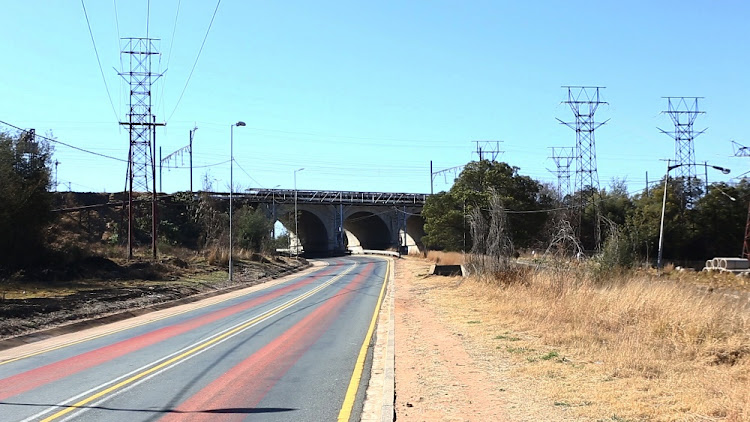 It isn’t hard to see why a gang of armed men chose the Pat Mbatha Road near Booysens to carry out a brazen operation to bust awaiting-trial prisoners out of a police truck.

According to Lieutenant-Colonel Lungelo Dlamini‚ the road is not open to the public and is meant for government officials and Rea Vaya buses only.

“It is not open to the public but I can say that state vehicles use that road. They are not being stopped by the Metro Police. Most of the police officers use that road to get to town‚” said Dlamini.

But as TimesLIVE visited the scene‚ it found that there was no controlled access to the road‚ which is in a quiet‚ bushy area.

Police on Thursday re-arrested six of 20 people who had fled from police custody after a brazen gun fight with officers. They were being transported ...
News
4 years ago

On Wednesday afternoon the police truck‚ carrying around 20 prisoners from the nearby Johannesburg Magistrate’s Court‚ was blocked by a Mercedes Benz.

The incident is believed to have taken place under a small bridge with a railway track running above it.

“At this stage we believe that the suspects who stopped the truck knew exactly where the truck was going. It must have been a planned operation‚” said Dlamini.

As the two targets of the escape plan made off in the getaway vehicle‚ the other 18 must have scrambled to get to safety.

A short distance from the scene in Booysens is a Rea Vaya bus station. Taxis also make their way past. During the day‚ the area is usually busy with recyclers towing their carts filled with scrap metal.

Three men who swindled almost R300-million in VAT refunds out of the South African Revenue Service will spend 25 years in prison.
News
4 years ago

But on Thursday‚ the few people that TimesLIVE asked about the incident said they had heard about it but had noticed nothing out of the ordinary in the area.

Meanwhile‚ police investigations continued with a task team dedicated to recapturing the escapees. “It is a standard procedure where suspects escaped that we do an internal investigation into whether there was any collusion‚” said Dlamini.

Six suspects were recaptured less than 24 hours after their escape.

Dlamini said this was as a result of tip-offs from members of the public who had seen the pictures of the escapees circulated in the media.

Asked whether the police had since beefed up their security and considered changing routes‚ Dlamini said police followed standard procedures each time they transported prisoners.

“But I cannot reveal that information. Criminals may use it to help others escape‚” he said.

An integral part of the investigation that may assist police are cameras located around the city‚ one of which was seemingly facing the direction of where the escape may have been carried out.

But the Johannesburg Metro Police‚ which had since moved its camera monitoring systems to its headquarters‚ could not immediately confirm whether all the city’s cameras had since been successfully reconnected to capture the footage.

Dlamini refused to disclose whether police had obtained footage‚ saying any such material would form part of an investigation.