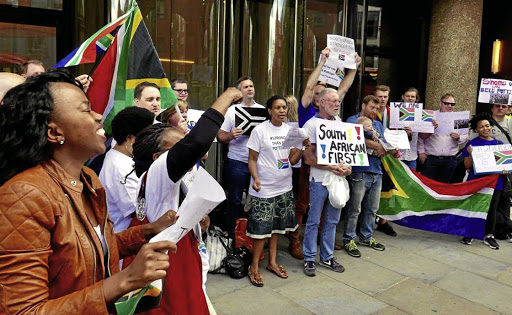 Former Gupta spin doctors Bell Pottinger could see an exodus of clients after a UK regulatory body found them in breach of their code of ethics.

The UK-based Public Relations and Communications Association found the company breached at least one of their ethical codes, though the full ruling on Bell Pottinger's conduct will be released only early next month.

The company is a member of two public relations regulatory bodies, they being the association and the Chartered Institute of Public Relations (CIPR).

It was investigated by the association for allegedly inciting racial hatred in South Africa. CIPR is to investigate similar allegations.

The Democratic Alliance approached the association and CIPR to investigate the company's conduct while working for the Guptas.

The DA had alleged that Bell Pottinger worked for the Guptas and devised a strategy of protest against "white monopoly capital" to allegedly divert attention from criticism of the Gupta family's activities and that such action violated the organisation's codes of conduct.

Nicholas Dunn-McAfee, the association's public affairs, policy and research head, told The Times that following their decision there was an appeals process which Bell Pottinger was entitled to ask for.

"Until that [appeal] process is completed we cannot comment on what our findings are as the outcomes could change. That announcement should be made by September 4."

Asked about sanctions Bell Pottinger faced, Dunn-McAfee said they were not a court of law and could not disbar them from practising.

"But what we can do is terminate their membership which carries a huge reputational damage risk for a PR firm. Many of our clients would look at this and not use agencies which have been kicked out of the association for unethical behaviour."

He said there was a lot of talk about steps that could be taken by different parties against Bell Pottinger.

"Obviously there is a lot of anger about what has happened. Our processes have occurred first as they cannot take place if there is any legal action against a PR firm, which is what some are possibly considering."

In response to questions from The Times, Bell Pottinger said they would not comment on the outcome of the hearing.

Gupta spokesman Gary Naidoo failed to return calls for comment on the findings.

The Guptas and Bell Pottinger have both attempted to defend their relationship. Earlier this month, Atul Gupta told the BBC that their former PR firm was a credible company.

Bell Pottinger's chief executive officer, James Henderson, told the BBC that the team that had worked on the Gupta account had acted with the "best intentions".

It’s the radio interview everyone is talking about.A gasping Atul Gupta‚ Mr State Capture himself‚ goes on air at the BBC and says he believes all is ...
Opinion & Analysis
5 years ago

Henderson on Thursday told the UK's Guardian newspaper that Bell Pottinger's board was "considering all options" for the future of the business in the wake of the scandal. Those options are understood to include the sale of Henderson's stake in the company, which would lead to his exit from the firm.

He has denied that he resigned. Asked if he had offered to resign, he said: "No comment."

"We are looking at the structure of the business at this stage. As [I am] a significant shareholder you can draw your own conclusions," he said.

The DA's Phumzile van Damme said: "This means that the association's professional practices committee has agreed that Bell Pottinger did indeed violate its professional charter, and/or its public affairs and lobbying code of conduct."

The African National Congress should initiate disciplinary action over allegations that President Jacob Zuma and members of a family in business with ...
Business Times
4 years ago

"A strong message must be sent to the association that unethical conduct by its members will not be tolerated. We trust that a strong sanction will be given against Bell Pottinger.

"We reiterate our call for Bell Pottinger to do the right thing and disclose all Gupta contracts and monies ... and reinvest it in South Africa."

She declined to say what the DA's next actions would be. "We are awaiting the outcome of the sanctions."