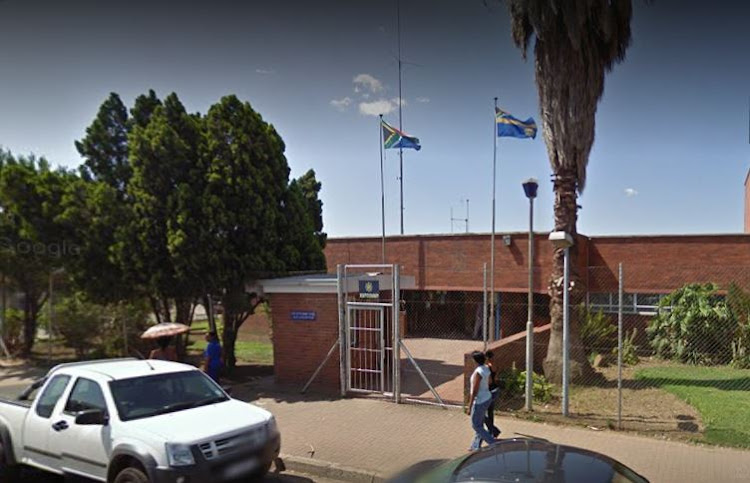 Estcourt Police Station where Nino Mbatha from eSigodlweni - with part of a leg and arm in his arms - rocked up at a local police station and told an officer‚ 'I'm tired of eating human flesh'. File photo.
Image: Google Maps

Ahead of the appearance on Monday of five men linked to a cannibal and muti saga‚ police say they are expecting to make more arrests in and around the Estcourt area of KwaZulu-Natal.

“We have been led to believe there are more people implicated‚ either by close association with the suspects‚ or directly‚” said a police officer close to the investigation.

Estcourt is expected to come to a standstill on Monday with thousands of people expected to descend on the small KwaZulu-Natal Midlands town for the court appearance of five men charged with murder‚ attempted murder and for being in possession of human body parts.

The stomach-churning practice was learned about in a grisly fashion last week when one of the community members‚ Nino Mbatha from eSigodlweni - with part of a leg and arm in his arms - rocked up at a local police station and told an officer‚ "I'm tired of eating human flesh."

Mbatha was arrested by the Provincial SAPS Occult-related Crimes Unit with three other men - Lungisani Magubane‚ Khayo Lamula and Mgabadeli Masondo - last weekend‚ while Jobe Sithole was arrested on Wednesday.

Professor Gérard Labuschagne‚ a former Section Head and brigadier of the SAPS' specialised Investigative Psychology Section (IPS)‚ said cannibalism could point to a number of factors like mental illness‚ extreme famine and as a historical cultural practice.

"Historically‚ cannibalism was prevalent all over the world. We must however be cautious and do not accept any information about cannibalism as facts at the moment. For example a man rocking up at a police station saying he has been eating human flesh and implicating others. If that person is mentally sick he might just point to anyone‚" he said.

Philiswe Hlatshwayo has no idea where her daughter, Zanele, is or what has become of her but is haunted by the possibility that her neighbours could ...
News
4 years ago

He added that cannibalism cannot be linked to muti killings.

The case is being investigated by Warrant Officer Kgatatso Matsena of the Occult-related crimes unit‚ a 30-year police veteran.

A resident of Estcourt said a closer look at the police dockets will reveal that for at least five years now‚ people have been disappearing without trace in Estcourt.

“I am hoping this will come to light and that police are taking this serious as it needs thorough proof‚” said Sabelwe Mazibuko of Loskop.

Cannibalism‚ an extreme form of Banting? What’s the consensus?

On Friday‚ a man walked into a police station in Estcourt and said‚ “I’m tired of eating human flesh.” Two days later‚ he and two others were in ...
Ideas
4 years ago

A rural village in Escourt‚ KwaZulu-Natal‚ is abuzz with allegations of black magic‚ muti and cannibalism after four men‚ one of whom is a ...
News
4 years ago