Kleinmond mayor accuse protestors of having a tender agenda

Overstrand mayor Rudolph Smith accused community leaders in Kleinmond of using violence to drive their own tender agenda. Monday's protests have been so bad that the SAPS are too afraid to arrest anyone because residents might storm the police station.

Hundreds of protesters brought the tiny Western Cape fishing town to a halt‚ blocking the R44 highway with rubble and attacking the municipal offices.

Local businesses were also vandalised and looted including an OK and a Spar supermarket. Rubbish was scattered on the road along with burning tyres. 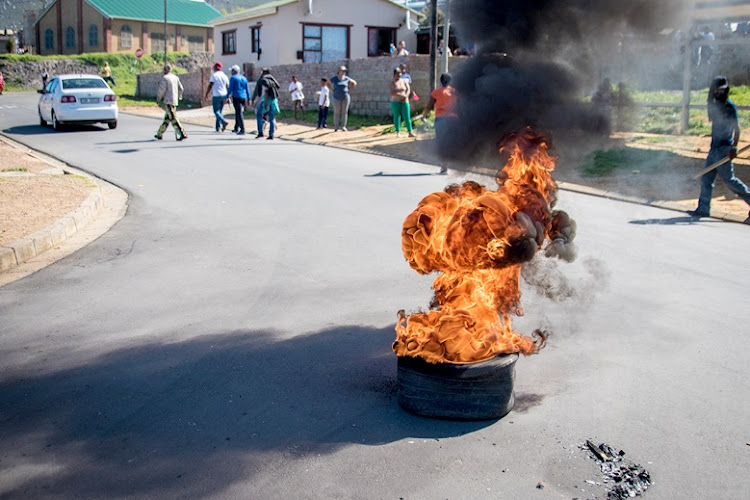 As a result school buses with children were prevented from travelling to the school in Hermanus.

Community leader Ayanda Tyulu told TimesLIVE that they were angry that a municipal tender for the provision of cleaning services was awarded to a contractor from a neighbouring town instead of their preferred candidate in Kleinmond.

Addressing a crowd of protesters from a car - with loudspeakers protruding from its windows - he called on coloured people to join the protest.

"They were handing over the tender‚ but we wrote them a letter that they must consider someone from Kleinmond for the tender‚" said Tyulu.

He said that the municipality awarded the tender to someone from Hermanus this year.

He said that they were also protesting about low cost housing and demanding a graveyard.

But Smith said the municipality had no control over the tender process and countered allegations that the contract was awarded to someone with DA connections.

"Nowhere in South Africa are council members involved in tender processes‚ there's a committee that handles that. Everyone has the right to apply for that tender. This person (to whom the tender was awarded) is from Zwelihle‚ he's inside the Overstrand municipality‚" said Smith.

He said that the community leaders were trying to strong arm the municipality into choosing their candidate.

"This (protest) was specifically about who was awarded the tender‚" he said.

Smith countered allegations that the community would lose out in job opportunities saying: "It's built into the tender that the person [should] use local labour."

Only one person from Kleinmond tendered for the job and ward councillor Grant Smith said that the person also failed to appeal the tender decision within the time limit. 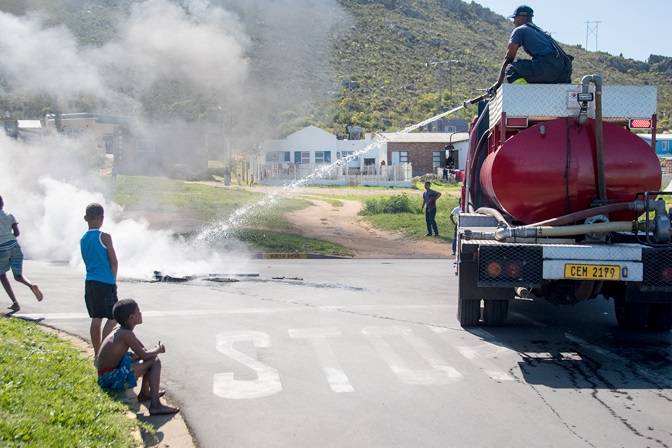 "This anarchy that we saw here today‚ the police must do their job. You've seen what the buildings look like‚ and we can't allow this. Tomorrow we need to take funds to fix this which we could have used for other ends‚" he said.

"If we are going to allow them to dictate to us what to do‚ tomorrow they want the area manager here‚ then they won't want the ward councillor here. Somewhere we have to put down our foot and say there are processes."

SAPS Brigadier Donovan Heilbron said they were bringing in extra public order policing units to manage a resurgence in violence.

He said that no arrests were made because they were afraid that the protestors might storm the police station to free prisoners.

He said that they would engage the community leadership and advise them on how to apply for a legal peaceful march.

"We have footage and we are going to study that footage to identify individuals (responsible for criminal activity)‚ there was even a drone in the air so we will get that footage as well‚" he said.

He said crime intelligence would work with a dedicated detective to affect arrests soon.