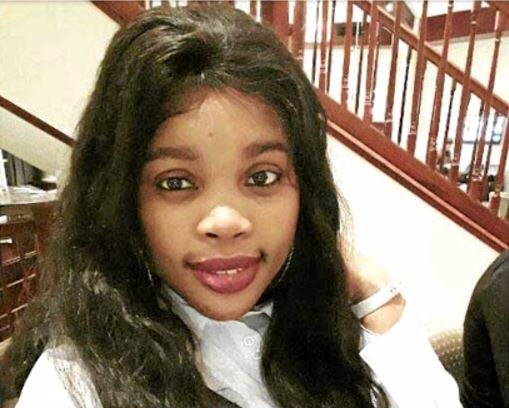 When the lavish parties grew wilder and the invites were not forthcoming, her political opponents at Walter Sisulu University in Mthatha let the R14.1-million cat out the bag.

From June 1, when the money from a National Student Financial Aid Scheme (NSFAS) mistakenly landed in her account, Mani - a second-year accountancy student and a branch secretary of Pasma, the student wing of the PAC - spent an average of R11,000 a day.

Speaking yesterday she said: "It's difficult, very difficult but I will get through [it]."

Asked to tell her side of the story, Mani said: "I am not ready."

LISTEN: Should you keep money mistakenly deposited into your account?

What would you do if you learned that a sum of money not due to you had been deposited into your account? Would you keep the money, because it was ...
News
6 years ago

By the time she was bust she had transformed herself and her friends into glamorous women, sporting expensive weaves, carrying iPhone 7 cellphones, slugging back shots of R700-a-bottle whisky and emulating their music star idols, especially Beyonce.

But her rivals in the SA Students Congress grew suspicious after Mani underwent a transformation.

Samkelo Mqhayi, deputy branch secretary of Sasco and SRC student support officer, said he was the one who outed Mani. "She used to sport neat cornrows but she had recently started wearing a R3000 Peruvian weave.

"She also bought an iPhone 7 for herself and all her friends. She suddenly appeared at lectures wearing designer clothes.

"She threw surprise birthday parties for her friends and used some of the money to fly to events like the Durban July.

"Suspicions grew after a receipt from Spar was leaked showing a balance of just over R13.6-million. I called NSFAS offices to check if this was true and NSFAS confirmed that the initial amount was R14-million.

"Obviously, after the slip was trending on social networks students started connecting the dots on how she has been living a luxurious life in the past few months."

A Walter Sisulu University student allegedly went on a spending spree after an accidental payment of R14 million was made to her‚ while fellow ...
News
4 years ago

Another Sasco source said it was when Pasma started hosting "extravagant" parties where expensive alcohol was quaffed that they uncovered the truth.

"We are the ruling student movement, so we didn't understand how come they held such extravagant parties."

The source said the cheapest booze served at the parties was Johnnie Walker Gold, which costs R700 per 750ml bottle.

Sasco branch chairman Zolile Zamisa said: "We are shocked about this incident. Not so long ago we were protesting for thousands of students left without funding. She was living a lavish lifestyle, hosting birthday parties for each of her friends at upmarket champagne clubs and other expensive spots."

Sibongile Mani, the Walter Sisulu University student at the centre of an accidental R14-million payout, said she will get through the experience.
News
4 years ago

NSFAS food allowance money is loaded onto a student card and works as a voucher.

However, the Daily Dispatch, The Times' sister publication, was told students managed to exchange the voucher for cash by striking deals with shops. University spokesman Yonela Tukwayo said it would investigate how Mani was able to buy lavish goods.

Michael Ansell, CEO of IntelliMali, the company that administers NSFAS payments to WSU students, said it paid her in error, and would investigate a case of fraud.

He said: "Legal action will be taken against the student."

Ansell said a forensic investigator had been appointed to probe the matter.

Mani said: "It is very clear that I didn't make the error, so call WSU and NSFAS."

Tukwayo said the university was expecting a full report from IntelliMali on Thursday.

"There are rules to how the money should be used and when students use funds for anything besides books, the account is suspended," he said.

Tukwayo added the university would make Mani repay the money.

But criminal law expert James Grant said it was likely that Mani would only be charged with theft.

"In our criminal law, as soon as you realise it was paid in error, then yes, it is theft," he said.