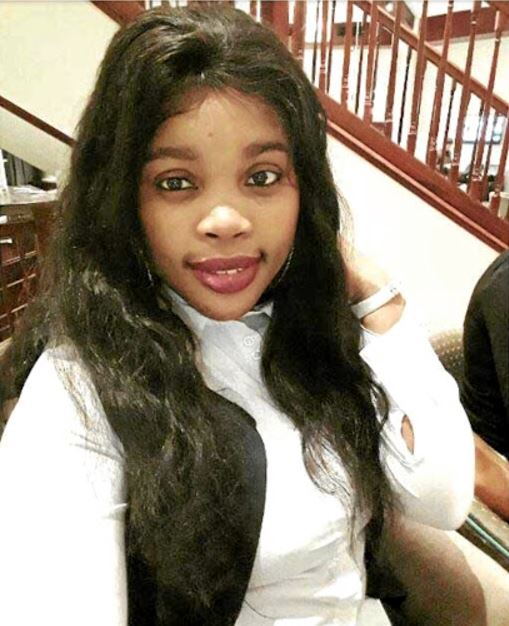 Sibongile Mani, the Walter Sisulu University student at the centre of an accidental R14-million payout, said she will get through the experience.

"It's difficult, very difficult but I will get through [it]," said Mani, who had allegedly spent more than R800,000 after an administrative error saw her receive R14-million for food and book allowances.

Asked to tell her side of the story, Mani said: "I am not ready."

Intellimali CEO Michael Ansell said on Wednesday the company would be taking full financial and administrative responsibility after Mani had apparently "misappropriated" R818,000 in what the company described as an "unprecedented" event in its 10 year history.

"The investigation is ongoing and legal action will be taken against the student," Ansell said on Wednesday.

"Intellimali is currently in talks with NSFAS and WSU to determine the most appropriate action to be taken," he said in a statement.

Ansell said the funds were paid over in June, and the error was only discovered in early August after she had spent a big amount of money.

"Regardless of the outcome of the investigation referred to later‚ Intellimali takes full administrative and financial responsibility for the incident. Neither the funder‚ National Student Financial Aid Scheme (NSFAS) nor the university (WSU) have erred in any way and they are not responsible for this. In addition‚ no student’s financial aid support will be affected in any way‚" he said.

Ansell said the company had already implemented the necessary controls to avoid such an incident in the future.

"As is our standard practice, Intellimali deactivated that student's allowance and notified the university that we would investigate the matter.

"In this case, the investigation proved to be complex, highly technical and time consuming. It required the attention of both internal professionals and external experts," he said. 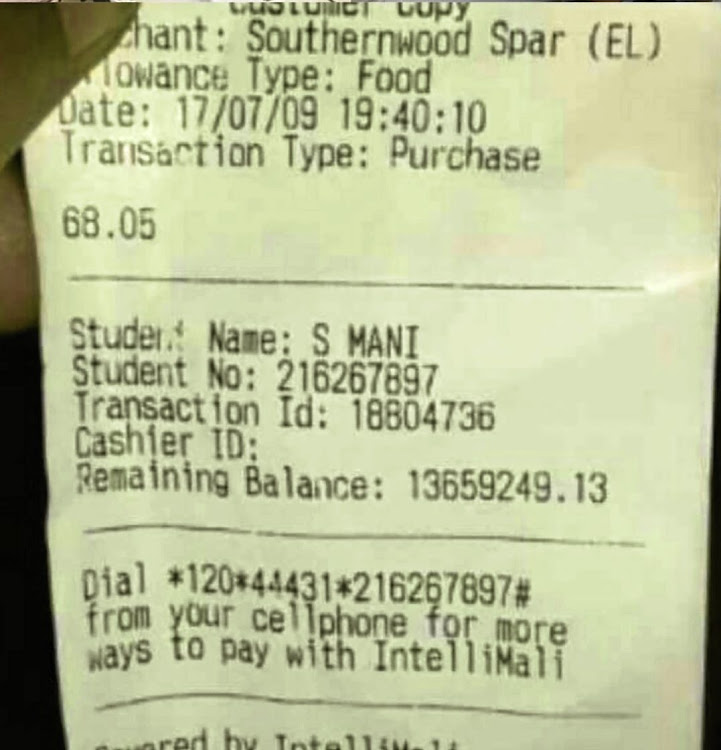 Sibongile Mani accidentally received a R14.1-million payment on her student debit card and allegedly blew over R800,000 of it.
Image: Supplied

NSFAS spokesperson Kagisho Mamabolo said they had requested the university to explain how the error occurred.

University spokesperson Yonela Tukwayo said the university had been notified that Mani went on a "lavish" spending spree.

Tukwayo said the university would be investigating how Mani managed to spend so much money, since there were only certain merchants where the money could be spent on food and books.

"Some students picked this up from the very lavish lifestyle she started living. We will also be looking into how this money was spent to buy some of the expensive goods‚" Tukwayo said.

"It was very callous and she did not report the matter immediately. She will definitely be held responsible‚" she said.

A Walter Sisulu University student allegedly went on a spending spree after an accidental payment of R14 million was made to her‚ while fellow ...
News
4 years ago

Lwando September, an SRC member and part of the Pan Africanist Student Movement of Azania (PASMA), declined to comment.

"We are not in a position to comment as PASMA [and] we were advised not to speak," September said.

Criminal law expert Professor James Grant said it would be unlikely that Mani could be charged with fraud but "certainly theft".

He said for her to be charged with fraud, it would require proof that she had made a misrepresentation of some sort.

Grant said the requirement for theft was to prove that she used money which she wasn't entitled to.

"Her conduct was to spend the money, while knowing - that is the assumption - that she received it in error. In our criminal law as soon as you realise it was paid in error, then yes, it is theft and nothing else," he said.

LISTEN: Should you keep money mistakenly deposited into your account?

What would you do if you learned that a sum of money not due to you had been deposited into your account? Would you keep the money, because it was ...
News
6 years ago

"On the other hand, if somehow she didn't realise that in law she wasn’t entitled to do this or in law that if spending the money couldn’t possibly make her guilty of a criminal offence… then she would be making a mistake of law which in South African law is a valid and complete defence to the charge of theft then she could not be convicted then."

Criminal lawyer Ulrich Roux said she could definitely be criminally charged if she didn't repay the money.

"She isn't justified to keep that money," he said.

He said the moment she realised an error was made and she received more money than was due to her, she had a duty to report it to the company.

Roux said there was no law that said she was entitled to keeping the money.