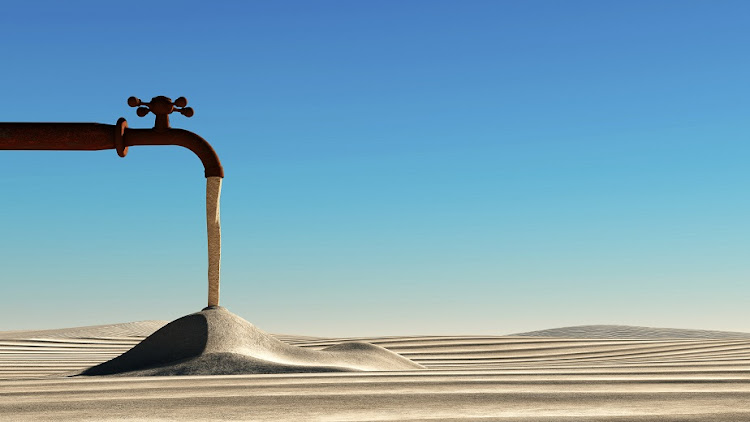 Further measures were being implemented in “medium-risk” municipalities‚ which were concentrated in the West Coast and Cape Winelands districts‚ as well as Hessequa‚ Oudtshoorn and George in the southern Cape.

“We are working with these municipalities to drill boreholes‚ equip pump stations and lay pipelines where required. Schools and hospitals in priority areas have also been identified for borehole drilling‚” Deiner told a briefing on Thursday chaired by Premier Helen Zille.

- In Beaufort West‚ eight boreholes were being equipped and connected‚ and a new pipeline was being laid to Kleinhansriver pump station;

- In Knysna‚ the Charlsford and Eastford supply schemes were being upgraded and the desalination plant was being refurbished;

- In Bitou‚ 12 boreholes were being drilled and equipped; and

- In Kannaland‚ a temporary pipeline was being installed to move a water abstraction point‚ and channels and pipes were being repaired.

“These municipalities have an estimated supply of approximately three months of water. Beaufort West and Kannaland are located in very dry parts of the province generally‚” said Deiner.

“In the case of Knysna‚ the system has historically allowed for only 90 days of reserves‚ but risk levels have heightened and supply interventions are under way.”

Average provincial dam levels are 32.4%‚ and Zille said geohydrologists had been appointed in all districts to manage groundwater operations.

“Provincial engineers are partnering with municipalities to track their water usage. Our disaster management services are working flat out on priority projects worth R295-million‚” she said. “This is a whole of society effort by team Western Cape‚ including residents who are doing their bit to save water in their own homes and businesses. We can avoid Day Zero‚ but only if we work together.”

Joyene Isaacs‚ head of the provincial agriculture department‚ said its assistance to farmers totalled R68-million so far. “We’ve spent R11-million each month on animal feed to support around 1 300 farmers‚ most of them smallholders‚” she said. Isaacs said the department had managed to head off some of the worst-case scenarios. Department economists had previously found that a 10% reduction in yields‚ as a result of the drought‚ could cost the economy R3.2-billion and place 17‚000 jobs under threat.

Economic opportunities MEC Alan Winde said: “If 30% less irrigation water is available from the Theewaterskloof and Bergriver water systems for an extended time during a production period‚ there could be job losses of around 1‚700 in the fruit and wine industries.

“A worst-case scenario‚ which has not come into effect‚ is a total ban on irrigation water during the summer months. This would place around 20 000 jobs under threat.”

Local government MEC Anton Bredell said a number of longer-term projects required the urgent attention of the Department of Water and Sanitation. These included the extension of the Voelvlei and Clanwilliam dam walls.