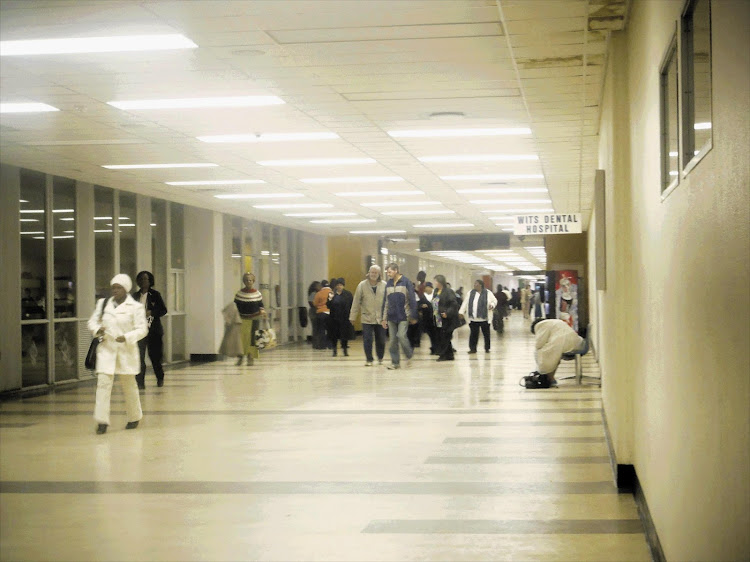 Almost a third of patients who had surgery at one of the country’s top eight public hospitals should not have ended up there.

An analysis of almost 3‚000 sets of medical records over a year showed that 29% of patients in the surgical wards at Charlotte Maxeke Academic Hospital in Johannesburg should have been treated at regional hospitals‚ such as those in Edenvale and Tembisa.

“The public healthcare system is overburdened at all levels‚” medical students from the University of the Witwatersrand wrote in this month’s edition of the South African Medical Journal.

“Lack of resources results in upward referral owing to local constraints. The scarcity of skills‚ supervision and support dictates that doctors in district hospitals refer cases to tertiary centres.

“This is especially true in surgery‚ which requires systems to function adequately and simultaneously [theatre‚ anaesthetics‚ surgery].”

The students‚ who undertook the research after the introduction in April 2015 of an electronic discharge database developed in the Wits medical school‚ said treatment in district hospitals would be more cost-effective for many patients.

They gave examples of the kind of surgical injuries that should be treated at which facilities:

Charlotte Maxeke is one of eight national referral centres. Its four surgical wards‚ with a total of 92 beds‚ are divided into breast and endocrine‚ gastroenterology‚ vascular and trauma.

South Africa's cash-strapped economy means the government is spending less per person on health and doctors and nurses posts are frozen‚ requiring ...
News
4 years ago

When Dumile Zulu decided to take on the Gauteng health department over the negligence that caused her son’s brain damage‚ she had no idea she would ...
News
4 years ago

Body donors could help as many as 60 people

Just hours after her 17-year-old son collapsed following a ruptured aneurysm‚ Durban mother Janine Magree “shocked” doctors when she asked if he was ...
Lifestyle
4 years ago