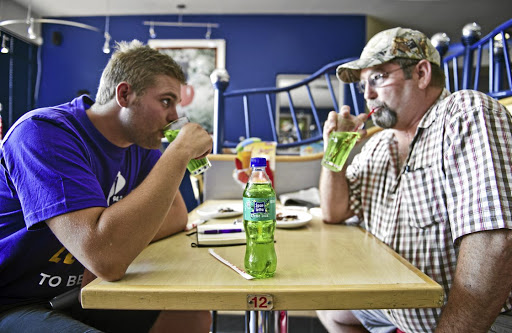 Support for the government's plan to introduce a tax on sugar-sweetened drinks has grown "significantly" since last year, a new survey has found.

Healthy Living Alliance said on Thursday its survey, conducted in July, showed that support for the tax had grown by 16 percentage points.

"A total of 58% of survey participants approve unconditionally of the tax on sugar, only 29% oppose the tax and the remainder take a neutral position."

"Support for the tax has grown in recent months: a comparable survey conducted in October 2016 found that 42% of respondents favoured a sugary drinks tax," the alliance said.

Alliance co-ordinator Tracey Malawana said the results showed South Africans "have totally got the idea that this is a well-intentioned tax that could improve the health of the nation".

"The debate on the proposed tax on sugary drinks has raised public awareness of the sheer sugar-load that these drinks carry and their harmful effect on health," she said.

Earlier this year former finance minister Pravin Gordhan said the tax would be implemented later this year once details were finalised and legislation passed.

The Treasury proposed to introduce a threshold that would make the first 4g of sugar in a 100ml beverage exempt from the sugar tax and that 100% fruit juices and milk products would be exempt.

The alliance's survey also showed that six out of 10 of the 1000 people surveyed in Gauteng, KwaZulu-Natal and the Western Cape were "very concerned" or "extremely concerned" about the effect of sugary drinks on their health.

The network of health organisations said imposing a tax would discourage the consumption of sugary drinks, thus curbing obesity.

But the beverages industry has argued that taxing just sugary drinks is not enough to stop obesity.

Industry representatives told the standing committees on finance and health, presiding over the debate, that the tax could lead to significant job losses and a negative effect on the economy.

How Coke is keeping sugar on the school menu

Does sugar make you sad? New science suggests so

The thought of a cupcake, skillfully frosted with fluffy vanilla icing, may put a smile on your face, but research suggests that, in the long term, a ...
Lifestyle
5 years ago

Banning dagga because it’s harmful is like banning sugar