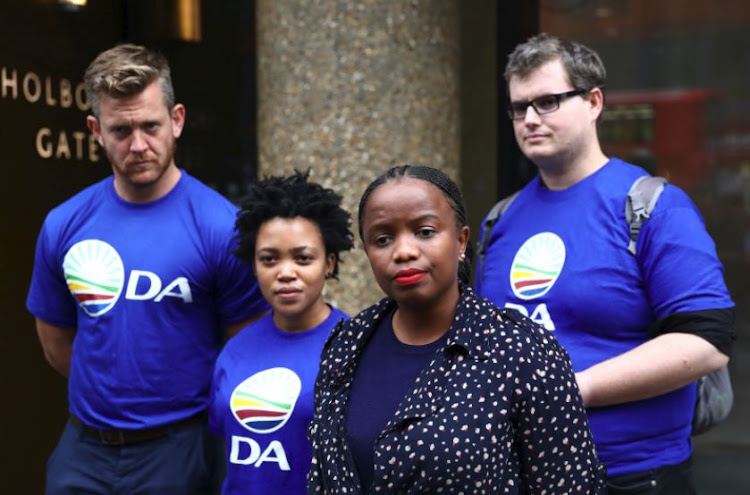 Bell Pottinger‚ the PR firm who allegedly stoked racial tensions in South Africa to advance the interests of the Gupta family’s Oakbay Investments did not create the term “white monopoly capital”.

This is according to an investigation conducted by UK law firm Herbert Smith Freehills (HSF) into Bell Pottinger’s conduct during work done for the controversial family last year which found that “although on occasion it [white monopoly capital] had been used by them as part of the economic emancipation campaign”.

BP has been accused by the Democratic Alliance of playing on South Africa’s racial tensions to forward a campaign of economic emancipation which has been perceived as an attempt to divert attention away from state capture allegations.

BP released the findings of the HSF review on Monday‚ a day after its CEO James Henderson announced his resignation.

HSF was asked to conduct the probe by Bell Pottinger and in its report‚ HSF states it considered over 45‚000 documents and interviewed a number of witnesses.

The HSF probe found that: “It was recognised by members of BP’s senior management at the outset that BP’s client was controversial in South Africa and that the economic emancipation campaign was sensitive and related in part to issues of race.”

HSF said that while it did not necessarily consider the undertaking of the economic emancipation campaign was a breach of ethical principles‚ BP’s senior management should have known that the campaign “was at risk of causing offence‚ including on grounds of race”.

“We have not seen evidence that...BP’s senior management knew about the detail of the work being done on the economic emancipation campaign or saw or knew about the potentially offensive content that was being created or other tactics being employed at that time.”

HSF further found that there were certain instances where BP senior management were given inaccurate and misleading information by the BP Oakbay account team.

“However‚ there were a series of opportunities for certain members of senior management to discover these matters which were missed‚” HSF said.

Senior management who had day-to-day supervisory responsibility failed to put policies and procedures in place which would have minimised the risks associated with the account.

About the actual campaign HSF found that a key part of the economic emancipation campaign was a social media and press campaign which included one blog and one associated Twitter account – it does not name the blog or account.

“The BP [Bell Pottinger] account team was primarily responsible for devising the strategy behind the economic emancipation campaign and for creating and commissioning content for the social media and press aspects of that campaign‚” HSF said in its findings.

“Certain material that we have seen that was created for the campaign was negative or targeted towards wealthy white South African individuals or corporates and/or was potentially racially divisive and/or potentially offensive and was created in breach of relevant ethical principles.”

However‚ it said there was no evidence to suggest that the PR firm used or instructed others to use so-called Twitterbots in the promotion of the campaign.

HSF said It also found that there was no evidence that the Bell Pottinger team had invented the term “white monopoly capital”‚ although on occasion it had been used by them as part of the economic emancipation campaign.

“In addition‚ we have seen evidence that the BP account team used other tactics in relation to the economic emancipation campaign which arguably breached the relevant ethical principles‚ including taking steps which might mislead or undermine journalists who were asking questions in relation to the campaign‚” it said.