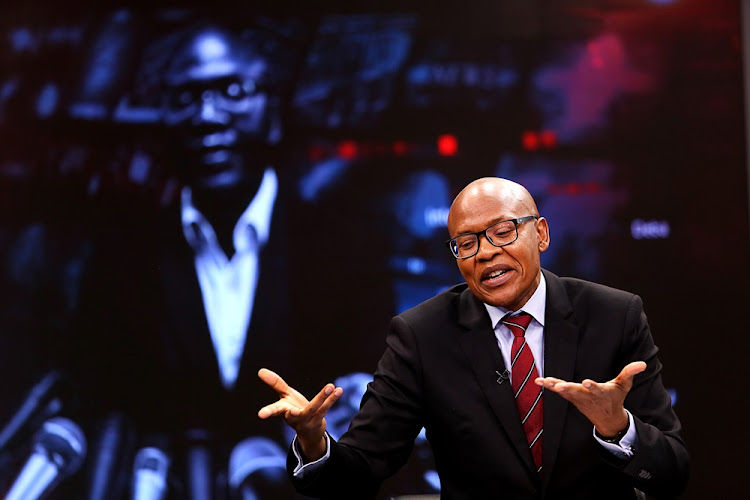 Mzwanele Manyi talks about the shareholding of his company, which bought ANN7 and The New Age from Gupta-owned Oakbay, in Midrand on August 30 2017.
Image: ALON SKUY/THE TIMES

The R450-million valuation of the New Age and ANN7 has come in for sharp corporate scrutiny but the sale reveals why Manyi is a significant influencer in the fake news campaign.

His is one of 19 authentic accounts that took the message from the black-ops world of an automated Twitter army into the networks of power in the real world.

The Black First Land First (BLF) movement and its founder, Andile Mngxitama, are also commanders of the fake news army. Mngxitama was funded by the Gupta family and is a regular commentator on ANN7.

Bell Pottinger’s role in creating the fake Twitter and Facebook army will only emerge once the company reveals the results of an internal investigation.

But the UK PR company was central to the attempt to shift the debate away from state capture by President Jacob Zuma and his collaborators towards the purported dominance of the economy by white-owned or controlled businesses.

A range of hashtags was coined to coincide with a political campaign to change the leadership of the Treasury and the South African Reserve Bank; to put pressure on banks to re-open the Guptas’ accounts; and to ensure that former public protector Thuli Madonsela’s State of Capture report reached a dead end.

The #PravinMustGo hashtag was retweeted 24,463 times while former finance minister Pravin Gordhan had another 8,936 tweets authored about him. (A separate analysis puts the number much higher at 183,620 tweets from 32,180 users.) 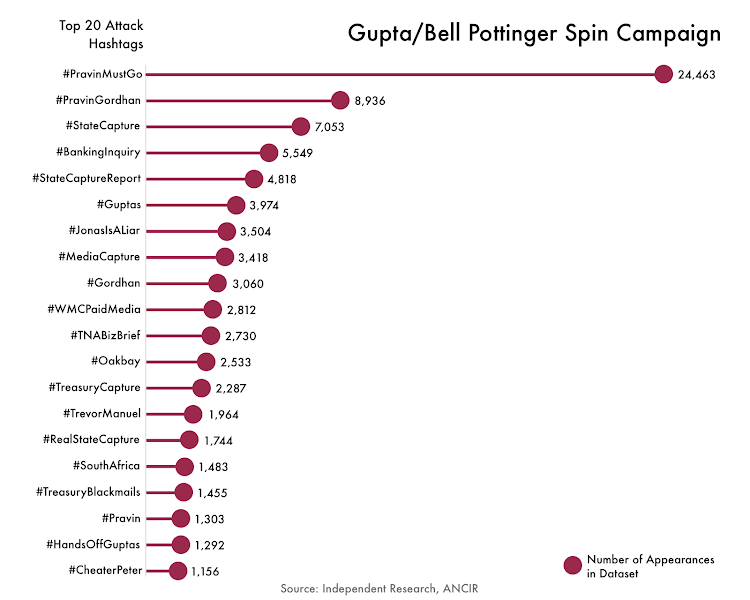 The campaign to discount state capture and as Madonsela’s report used another 18,000 tweets. Former deputy finance minister Mcebisi Jonas, who turned down a R600-million bribe to be Gordhan’s successor, faced a barrage of 3,500 negative tweets.

At least 15 journalists who wrote about state capture were lampooned in graphics as lapdogs of white monopoly capital under the hashtag #mediacapture via 3,418 tweets.

Like the Infogate campaign of the 1970s, this new version had specific political purposes. Topics related to the National Treasury and the Reserve Bank were tweeted 41,515 times and the campaign against white monopoly capital got 10,810 tweets.

This analysis shows that the network’s primary goal was to capture the National Treasury and the Reserve Bank. Aside from this objective, significant energy was focused on setting up “white monopoly capital” as the enemy, rather than state capture, and on attacking critics of the Gupta empire and President Zuma. 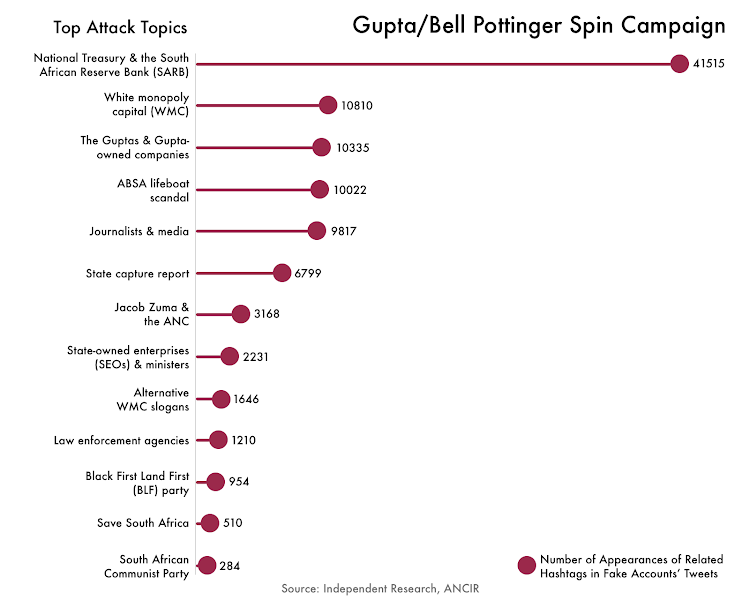 Bell Pottinger did not respond to requests for comments.

The Gupta family, via its spokesperson Gary Naidoo, did not respond to calls and emails requesting comment.

New media magnate Manyi said his positions on all the topics raised in the misinformation campaign predated it.

In his work at the Black Management Forum, the Progressive Professionals Forum and the Decolonisation Foundation, he had been at the front of the push for corporate transformation.

He disputed that Bell Pottinger or the Gupta family had coined the term “white monopoly capital” or the campaign behind it. He also said Finance Minister Malusi Gigaba's advisor Chris Malikane has shown this form of capital being identified as a cause of South Africa's problems since 1962.

“My Twitter handle reflects genuine issues and if they overlap with other agendas, I have no control over that,” said Manyi.

Asked if his organisation and its websites were funded by the Gupta family, he laughed.  “I would really love to get the Gupta money. I must write an open letter to Atul [Gupta].”