SA woman braces for the mother of all hurricanes 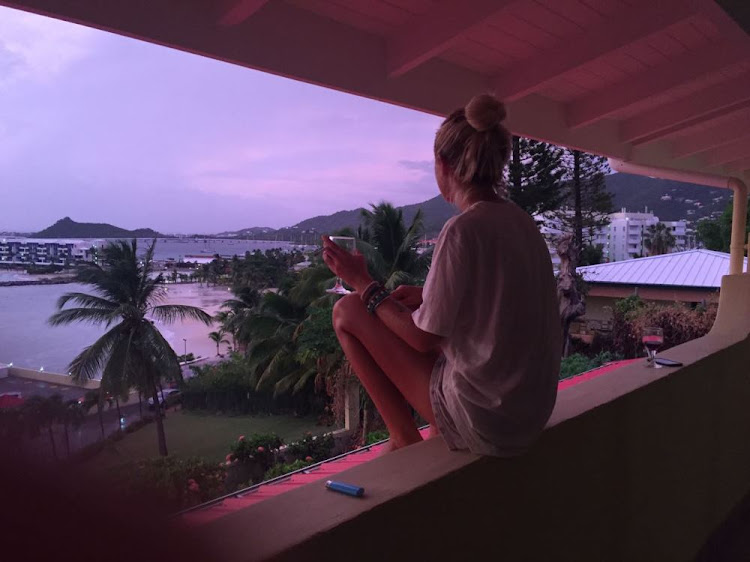 Nakita Zorab looks out from her hotel balcony in St Martin on Tuesday night, just hours before category-5 Hurricane Irma was set to hit.
Image: Supplied

South African Nakita Zorab is bracing for "the worst of the worst" as Hurricane Irma is set to make landfall.

24-year-old Zorab‚ who hails from Durban‚ works for a company that does daily boat tours in St Martin‚ an island in the Caribbean. But her and her colleagues have holed themselves up in a hotel as wind speeds increased‚ rain started falling and seas got rougher on Tuesday and into the early hours of Wednesday morning.

Speaking via Skype‚ Zorab said: "It's been such an insane build-up. We haven't slept. It's like 3am now. It's just a waiting game. The wind is really starting to pick up now."

According to reports on independent.co.uk‚ Hurricane Irma - which is currently passing over the Caribbean and bound for the US - was so strong that it was showing up on equipment designed to measure earthquakes. Irma is the strongest hurricane ever recorded over the Atlantic Ocean‚ and made landfall on northeast Caribbean islands early on Wednesday.

Boats are taken out of the water ahead of Hurricane Irma hitting St Martin in the Caribbean. Video: Nakita Zorab. pic.twitter.com/5sHGmUc5rM

It was expected to chart a path towards Puerto Rico‚ the Dominican Republic‚ Haiti and Cuba - before‚ possibly‚ heading to Florida at the weekend.

Zorab said that she and her friends and colleagues had been warned to "expect the worst of the worst".

"It's being compared to Hurricane Luis in 1995. It's just that kind of damage. They're calling it 'catastrophic'‚" she said.

"All the emotions are running through me‚" said Zorab. "There's excitement … but there's also anxiousness because we don't know what to expect.

"My parents are so excited‚ but you can hear they're trying to be positive. You can see they're worried. They are saying I should enjoy the experience; I'm seeing Mother Nature at its worst‚ and how often do you get to see that."

Zorab said that there was "no ways" she could have anticipated experiencing something like this when she started working on the island five months ago.

"I had no idea this was ever going to happen‚" she said.

South African Nakita Zorab is bracing for Hurricane Irma to make landfall in Caribbean. It is the worst hurricane recorded over the Atlantic pic.twitter.com/jix0hYhn3b

In the coming weeks, as Houston turns its attention to rebuilding areas devastated by Tropical Storm Harvey, people like Jay De Leon are likely to ...
News
4 years ago