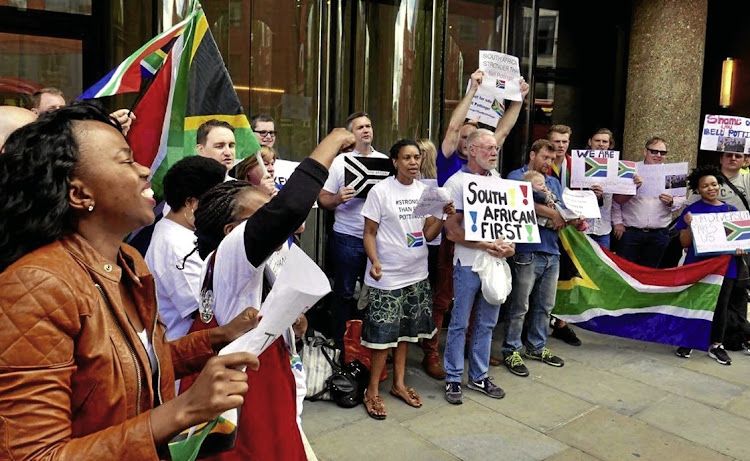 British PR agency Bell Pottinger said on Wednesday that it was considering selling out of the industry after losing business when it became known that it had run a racially charged campaign in South Africa.

Bell Pottinger said it had hired accountancy firm BDO "to look at all options for the business, including [the possibility of a] sale" as the tarnished company faced the prospect of being broken up.

Banking giant HSBC cut ties with Bell Pottinger and the agency's second-biggest shareholder walked away on Tuesday after the agency was thrown out of an industry body for running a campaign that opposition parties in South Africa said had inflamed racial tensions.

The DA complained to the UK's Public Relations and Communications Association that Bell Pottinger's campaign was trying to "divide and conquer" South Africa to keep President Jacob Zuma in power.

Bell Pottinger worked with the president's son and the Gupta family on the campaign.

According to a leaked e-mail, Bell Pottinger said the campaign needed to stress the continued "existence of economic apartheid".

Pro-business elements of the ANC were labelled agents of "white monopoly capital''.

The PR association expelled Bell Pottinger for a minimum of five years.

Bell Pottinger founder Tim Bell, who worked on former British prime minister Margaret Thatcher's victorious election campaigns in the 1970s and 1980s, said he was sad about the fate of the firm.

It's not over‚ Bell Pottinger: Reaction to PR firm's suspension

The Democratic Alliance and civic groups on Tuesday celebrated a victory against UK public relations firm Bell Pottinger‚ which has been kicked out ...
News
4 years ago

The Sherlock Holmes story The Silver Blaze gave us the famous tagline of "the curious incident of the dog in the night".
Ideas
4 years ago