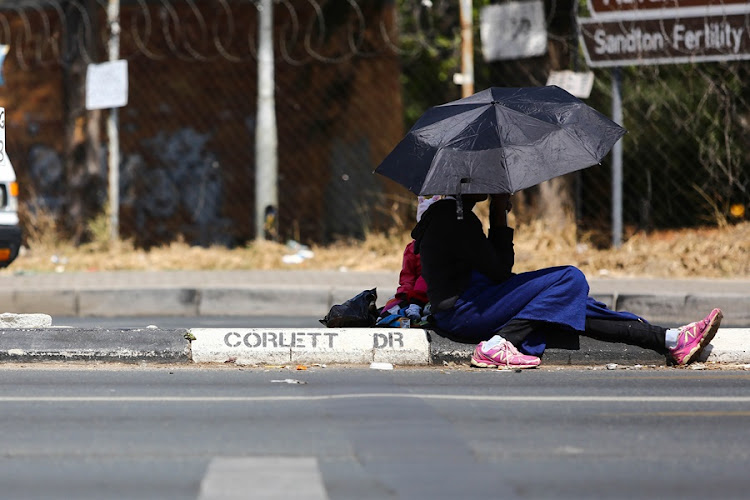 Local businessman and socialite Kenny Kunene reportedly escaped with his life after he was shot and while travelling in Joburg. The incident apparently took place near Corlett Drive in Sandton at around 9pm.
Image: Moeletsi Mabe/The Times

A security guard at the scene of an alleged gun attack on businessman Kenny Kunene on Tuesday night says he witnessed two men shooting at a car.

Kunene claims he was shot at in his BMW125i but his account of the incident has been questioned on social media.

"It was around nine at night. I was on my night shift. I was opening the gate to go check outside and then I saw two men shooting at a car," said Ellias Khuma, an office park security guard.

"I quickly went back inside and in a few minutes there were police on the scene."

"I think about 15 bullets were shot. It was too hectic. We didn't go to the scene but we were close enough to the park fence. It happened fast," said Mtshali.

Dlamini said: "It didn't take long for the police to arrive. They were on the scene for a long while - hours I think."

It was a hit. I thank God and my ancestors that I'm still alive.

Despite the eyewitness accounts, there are questions about what happened.

Although Kunene has described himself as "facing death" and said on the night that he was "not okay", the eyewitness said both Kunene and the woman he was with were extraordinarily calm.

"They were all chilled. They didn't seem to be in shock at all. They were smiling and happy. A JMPD Quantum was there. Then Kunene made a phone call and a Jeep and a Range Rover arrived."

According to the bystander, the woman who was in the car with Kunene was moved to the Range Rover and they started taking photos of Kunene in front of the car.

Is this the funniest press release ever?

Were the hitmen hired to take out 'Kenny-the matrix-Kunene' paid with “a garage pie and half-a-litre of coke [sic]?"
News
4 years ago

Despite the security guard, the homeless people and an insider confirming police were on the scene, Kunene told news channel ANN7 shortly after the incident that police had not arrived and had not picked up any of the bullet casings.

"I cannot go into details, but police found empty cartridges, which will form part of the investigations," said Peters.

He said police were "currently" only relying on a statement obtained from Kunene.

Once news of Kunene's involvement in what he called an "attempted hit" spread, social media poked fun at the controversial businessman, calling him out for being "dramatic", and even said he was lying.

"If guys want to hijack you, the first thing that they do is to go to the driver's side... but these guys came to the left and one remained in the vehicle.

"It was a hit. I thank God and my ancestors that I'm still alive," Kunene said yesterday.

The businessman said he was with his friend, Sunday Independent editor Steve Motale, just prior to the alleged shooting.

He told ANN7 that Motale's bodyguard advised them to drive in separate cars, even though they wanted to drive together.

Kunene has linked the shooting to Motale's newspaper running a story on the alleged extramarital affairs of Deputy President Cyril Ramaphosa.