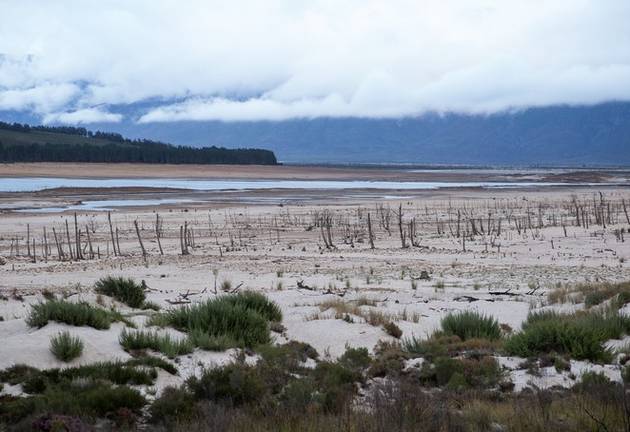 The average water level of dams across the Western Cape is 35.2%‚ a significant drop from the levels measured last year.

In the corresponding period last year‚ dam levels were at 61% after the winter rainfall.

“We have been actively managing the situation – in some areas – since 2010 when the first restrictions were implemented.

No more free jugs of water at Cape Town restaurants?

Ordering a big jug of water with ice and lemon for the table might be a thing of the past for Cape Town’s restaurant-goers with level 5 water ...
Lifestyle
4 years ago

“Over the past two years matters have been escalating and currently we see dams at record low levels for this time of the year‚ after our usual winter rainfall.”

The South African Weather Service also said there was no indication that increased rainfall activities would occur during the September-October-November season for the south-western parts of the country.

“Given the current strain on water resources in the south-western parts of the country and seemingly no significant rainfall activities during spring‚ it is recommended that the current drought measures (which are already in place) continue for the foreseeable future‚” the service said in its seasonal climate watch for September 2017 to January 2018.

What can Capetonians do with their 87l quota?

However‚ it said forecasts indicate that there was increased chance for above-normal rainfall between spring and late spring over the north-eastern parts of the country.

Bredell said his department intended to implement more stringent water restrictions‚ similar to the levels seen in the City of Cape Town‚ provincially.

”As gazetted weeks ago‚ a process of assessment - and implementation - of increased restrictions in all the affected municipalities in the province is nearing an end.”

He said there were restrictions in place across the province‚ but he believed these restrictions might have to be increased significantly in areas where the drought impact was most severe.