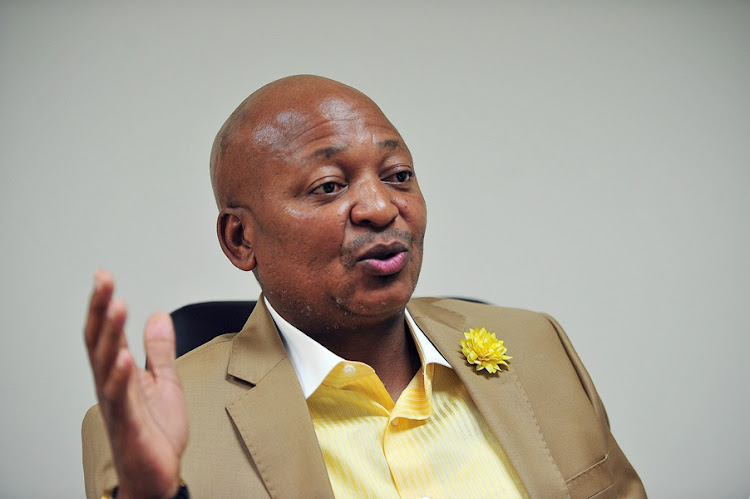 Kunene was taken to court along with The Sunday Independent on Tuesday by one of the women who was linked to Ramaphosa.

The Weekly Xposé had published graphic sexual videos which the woman allegedly sent to Ramaphosa. Ramaphosa is not in the videos.

The case was postponed for hearing on Wednesday.

Attorney Nomaswazi Maseko‚ representing the applicant‚ said that the woman has since been embarrassed by people approaching her in public.

Kunene said he could not comment on the nature of the editorial decision taken to publish the videos.

"I don’t want to go into the details of the case yet. We believe that this matter is not urgent and we have reasons that we have set out. We believe that it is in the interest of the public that these videos be left on the website‚ Weekly Xposé‚" Kunene said outside court.

"We have done our bit because we blurred them out of respect‚ but at the end of the day as you may well know‚ people want proof‚" added Kunene.

The Sunday Independent said it will not publish any pictures or videos relating to the alleged sex scandal.

However‚ editor Steven Motale said the paper will use “all material in our possession” to continue with a series of stories into Ramaphosa’s alleged extramarital affairs.

Motale and The Sunday Independent were initially listed in the application but he told reporters the publication reached an agreement with the woman.

"Her lawyers wrote to us demanding on her behalf to make an undertaking that we will never‚ in all our official articles‚ use the videos in our possession. We didn't have a problem with that so we are not contesting [the application]. However‚ all material in our possession except for video and pictures‚ we are still going to use ... we won’t budge on that‚" said Motale.

In an apparent about turn on its expose about Deputy President Cyril Ramaphosa's alleged infidelity‚ the Sunday Independent is now reporting that the ...
Politics
4 years ago

The case will be heard on Wednesday and Judge Raylene Keightley has requested the media not to broadcast the proceedings live on television.

Two weeks ago the newspaper had run a front page story exposing a number of affairs Ramaphosa allegedly had with several women.

The Sunday Independent said it would follow up with a fresh expose on Sunday but this week’s front page contained a story titled “Ramaphosa Unshaken” which referred to a dirty tricks campaign against him.

Ramaphosa has denied the claims of numerous extramarital affairs‚ only admitting to one affair which he had eight years ago.

This Sunday Independent’s editorial said the initial story on Ramaphosa’s alleged affairs had forced the publication to “introspect and redefine our editorial processes”.

The editorial also said Motale‚ who was on stress leave last week‚ was the “sole custodian” of the story.

The paper said Motale went on stress leave following the backlash over the article and death threats.

While the so-called "ANC rebels" celebrated outside the Pietermaritzburg High Court following a decisive victory against their own party leadership‚ ...
Politics
4 years ago

Speaking to TimesLIVE on Tuesday‚ Motale said the editorial was not a climb down by the newspaper.

"Sunday Independent won’t be able to publish because I'm the custodian of all those emails and I'm on leave. They never said they will stop (publishing). I am the one who will decide when I will go back to office‚ nobody is going to tell me when I should go back‚" said Motale.

"The death threats have stopped but I won't be surprised when anything is reported again and then they will start again. These people have stopped [because] they know that I'm away. So as soon as they see something again‚ I won’t be surprised‚" added Motale.

"There's no way that we will stop writing about Mr Ramaphosa for as long as I'm the editor of that paper. We will report on those emails except for the videos and any picture‚" he said.