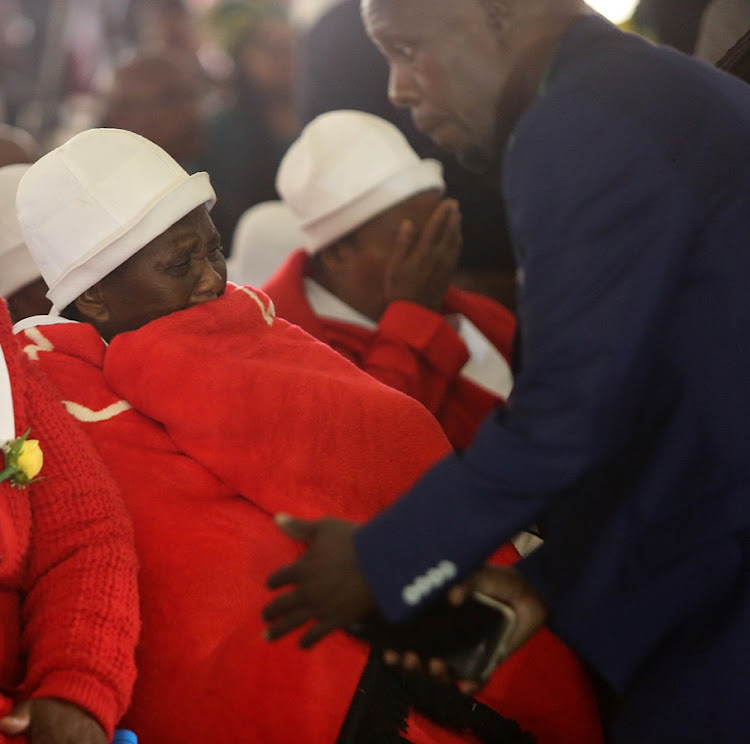 As rumours abound that Sindiso Magaqa's assassination was planned by his own "comrades" in the ANC‚ his family have said that it has become hard to love the party.

The former ANC Youth League secretary-general was gravely wounded in a hit-style attempt on his life in July and died as a result of his wounds last week.

Speaking at his funeral on Saturday‚ his uncle‚ Reverend P. Thobela‚ said that his killers may be found within party ranks.

"We love the comrades [the ANC] but when they do this‚ we are scared‚" he said.

Thobela said that the motive for his nephew's murder should be viewed against the national political landscape.

Magaqa ‘asked God to save him’‚ says pastor

As Sindiso Magaqa clung to life after he was critically wounded in a failed assassination attempt‚ he had "seen God".
Politics
4 years ago

"Everything points to December [the ANC's national elective conference]‚" he said.

Magaqa's friend‚ Les Stuta‚ said that the newly-elected Umzimkhulu Councillor was killed when he was on the cusp of exposing corruption.

"He came to me with documents on corruption around a community hall. We are here because we lost him over a hall‚" he said.

He said that rifts in the local political spectrum had placed Magaqa's life under threat.

"Municipalities are hiring hitmen now... how many people are going to die‚" Stuta said.

Hymns fill the air as Umzimkhulu prepares for Magaqa's funeral

The sound of church hymns rose from a marquee in rural Umzimkhulu where hundreds of mourners are expected to attend the funeral of slain former ANCYL ...
News
4 years ago

Magaqa's killers will ‘sh*t themselves’: Mbalula

"We loved you‚ Magaqa‚ but we feel like we failed."
Politics
4 years ago

ANC officials are working hard in Umzimkhulu to ensure no flare up in violence as the party prepares to lay murdered councillor Sindiso Magaqa to ...
Politics
4 years ago

Chaos erupted as leadership contestation within the ANC played out at Sindiso Magaqa's memorial service in Soweto on Wednesday.
Politics
4 years ago