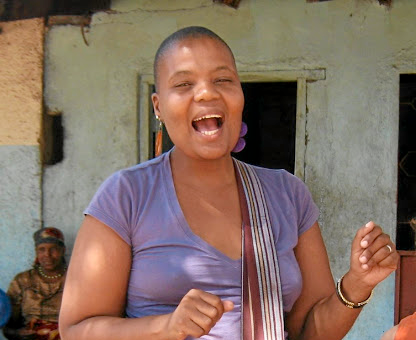 She was born as Fezekile Ntsukela Kuzwayo, the child of struggle parents. Before she was two years old, the family had gone into exile where they became part of a close-knit struggle community.

Fezekile should have had a happy childhood, surrounded by principled activists who were fighting for human rights and freedom. Instead she was raped three times at the ages of five, 12 and 13.

Despite these traumas, Fezekile was clever, bubbly and gregarious. The future looked bright and in 1994 South Africa became a democracy.

Then came the great betrayal that changed her life ... and Fezekile was forced to become Khwezi.

Redi Tlhabi, award-winning author and veteran broadcaster, delves into her story and discovers why she has become a symbol for all South African women.

Tlhabi reveals her own experiences of President Jacob Zuma as a courteous, gentlemanly figure — and the day her opinion of him changed.

She also recounts the night another journalist, a staunch Zuma backer, came to believe Khwezi was telling the truth — and why she turned against Zuma.

• Read the full story on the Sunday Times website.