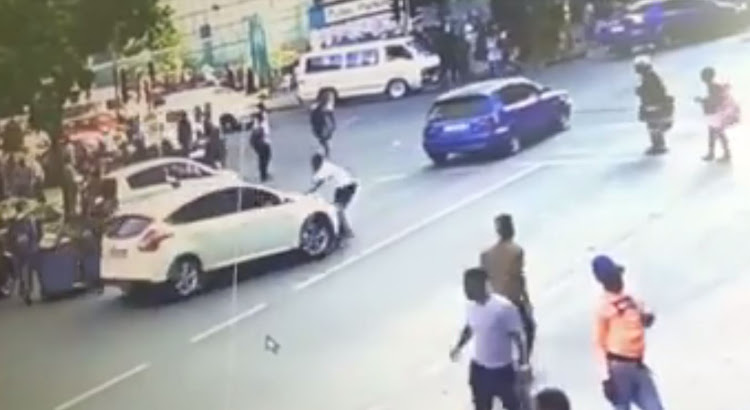 A video of a horrific hit-and-run incident in the Johannesburg CBD is going viral on social media.

The video clip‚ a copy of which was posted by on the Intelligence Bureau SA Facebook page‚ shows a man crossing a road and then seemingly hesitating before an oncoming white car.

The vehicle suddenly swerves to the right and strikes the man‚ drags him across two lanes and then speeds off without stopping after narrowly missing other pedestrians.

Johannesburg Emergency Management Services spokesperson Nana Radebe confirmed that a man had been hit by a car in a hit-and-run incident that had occurred at around 5.20 pm on Thursday afternoon near the intersection of Von Wielligh and Jeppe streets in downtown Johannesburg.

She said the man was taken to the Hillbrow Clinic where he was in a serious but stable condition.