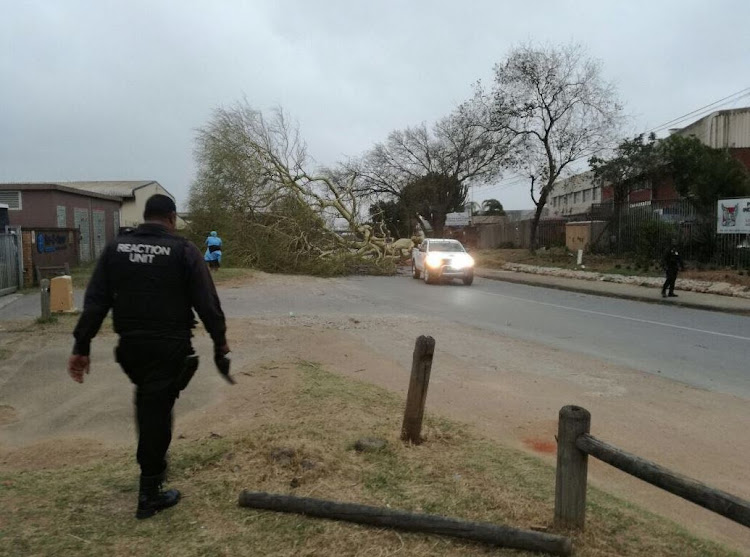 EThekwini Municipality mayor Zandile Gumede said: "There are about 428 houses reported to have been damaged. This includes houses that collapsed and those that had their roof blown away.

“Six families sharing a compound at Umlazi V‚ ward 76‚ were affected by the strong winds when the structure collapsed. A total of 20 people including six disabled were affected.

“The families were left with no shelter and are currently in desperate need for temporary accommodation and we are attending to their situation.”

There are also cases of serious injuries that have been reported in Lindelani‚ Ntuzuma‚ uMlazi‚ Sewula and Newlands but the municipality is establishing if they are related to the gale-force winds.

More than 50 power lines were knocked down by the trees and approximately 1‚000 customers were affected by electricity outages. Power is expected to be restored within 24 hours.

Gumede said teams had been working on a rotation shift since Saturday to restore power to the affected families and that municipal officials were trying to find accommodation for displaced families.

One person was electrocuted to death and another injured after a tree collapsed on electricity wires during the violent wind storm which swept ...
News
4 years ago

At least five people were injured in Durban as gale force winds whipped through KwaZulu-Natal on Saturday afternoon and evening.
News
4 years ago