Soweto hostel hostilities seem to be over 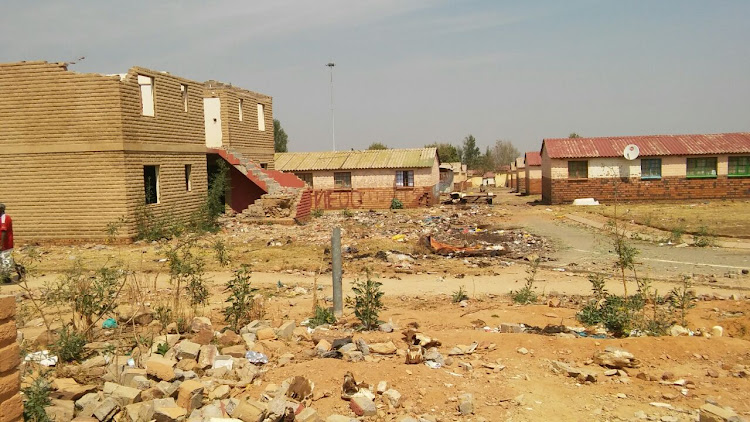 The City of Johannesburg says it has begun talks with the Gauteng Department of Human Settlements to find a solution for the vandalised Dube Hostel in Soweto.

Mzobanzi Ntuli‚ who represents the IFP in the mayoral committee in the City of Johannesburg‚ told SABC's Morning Live on Tuesday that there are discussions between the two spheres to address the issue.

“Between us and the province‚ we are trying to work together on this one. As you know‚ the provision of housing is the responsibility of province and national‚” said Ntuli.

“As the city‚ we are busy communicating closely with the province in order for us to get this funding. Other units there can be fixed but the entire [project] cannot be fixed. I think you need to start afresh and build new units in that hostel. It is very bad.”

The City of Johannesburg has refuted the views of the Gauteng Human Settlement MEC Paul Mashatile‚ who put the blame on the council for the ...
News
4 years ago

Ntuli admitted that the Dube Hostel project was handed over to the city but there was “miscommunication” around who should take responsibility for security. That led to security guards leaving the scene and the asset was then stripped of everything.

Furthermore‚ hostel dwellers were under the impression that the units would be given to them for free and the rental was expected to be about R250‚ he said.

Two weeks ago‚ the City of Johannesburg refuted the views of the Gauteng Human Settlements department‚ which blamed the council for the deterioration of the Dube development.

In a response from the mayor’s office‚ the city said it had historically provided basic services such as water‚ sanitation‚ electricity and refuse collection in the hostel.

Construction of the hostel project began in 2009. When the 230 family units were completed‚ there was a dispute as to who should benefit from the hostel and therefore no one was able to move into the units. In the past year‚ the units have been vandalised and only the walls remain at the R95-million housing project.

The Gauteng Department of Human Settlement has put the blame of the vandalised Dube Hostel in Soweto on the City of Johannesburg.
News
4 years ago

A multi-million rand housing project completed in 2011 has been vandalised beyond recognition and the Gauteng provincial government is now spending ...
News
4 years ago