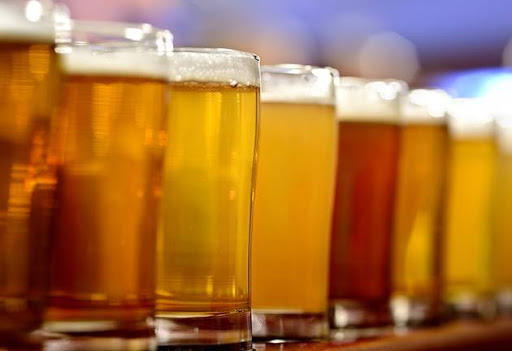 It's going to be much harder to buy a beer in Cape Town‚ if the Western Cape government has its way.

The provincial government is worried about how much alcohol abuse is costing them‚ saying ultimately the taxpayer is subsidising the industry.

The Alcohol Harms Reduction Policy White Paper was published last week. It explains the provincial government's thinking on mitigating the violence and expenses linked to the abuse of alcohol.

It reads: "Despite the profits of the liquor industry‚ the public sector experiences a net loss‚ spending more to address harms than it raises from tax and excise."

Over-the-counter drugs could be killing you

Cough mixtures‚ laxatives and painkillers could be killing South Africans who abuse them.
Lifestyle
3 years ago

The province aims to make alcohol more expensive and as hard as possible to buy‚ while increasing enforcement.

"This important and valuable economic benefit must be measured against the economic‚ social and health costs associated with the end use of products and must take into consideration those paying costs of alcohol related harms‚" the White Paper says.

Here are some of the proposals contained in the document:

• A provincial tax to increase the cost of alcohol.

• Restrict trading hours in a standardised way. The paper does not give trading hours but cites a study that says reducing business times by two hours can cut consumption. Hours of trade would differ in tourist venues‚ in residential areas and places of business.

• Remove all bottle stores attached to grocery stores within five years. Bottle store owners could retain their licences‚ but outlets cannot be within 50 metres of a supermarket

• Reduce the density of alcohol outlets in communities and in areas where there are many alcohol-related car accidents‚ thus reducing ease of alcohol purchases.

• Lobby government to ensure that drivers under the age of 21 or in their first three years of obtaining a licence may consume no alcohol at all if driving.

I missed dad most after getting shot

Breaking the cycle of a fatherless society starts with just one man - you, writes Mbuyiselo Botha
Opinion & Analysis
4 years ago

• Fine outlets that repeatedly serve underage drinkers or breach other laws. The Western Cape Liquor Authority has the ability to levy large fines of R100‚000 on outlets that breach their liquor licence terms.

• Trace where drunk drivers who cause harm or accidents had their last drink in order to hold outlets responsible or encourage responsible drinking.

• Bring about 3‚400 illegal liquor outlets (shebeens) into a legal‚ regulated market. This has to be simple and have incentives to encourage owners to comply.

• Use neighbourhood watch groups to report illegal alcohol outlets‚ essentially asking people to spy on their communities - so unregulated sale of alcohol could be policed.

• Lobby government to ban alcohol advertising to under 18s. It would still be allowed at point of sale in night clubs and casinos.

• Ensure that no Western Cape government venues or events allow or use alcohol advertising.

• Increase education of social harms of alcohol and encourage adults to find recreation that does not require being intoxicated or social drinking.

• Compulsory training for people who need a liquor licence‚ such as the managers that run the restaurant‚ bottle store or club. Owners who are not often present cannot be only ones trained on alcohol harm. This would be in Xhosa‚ English or Afrikaans. It may have to be repeated.

• Introduce community service for drunk drivers who haven't caused harm to reduce the lengthy process of going to court while ensuring drunk driving has a penalty.