Imagine speaking a language that is spoken by only four people on the planet and you are 84 and can't read or write. This is the story of Katrina Esau, one of the four siblings who speak N|uu. The language is believed to be more than 25000 years old and is spoken by the San people.

Like other San languages, N|uu is a melody of clicks, often punctuated by exclamation marks when written.

Esau, who lives in the small township of Rosedale attached to Upington in the Northern Cape, has the status of a chief in her community. 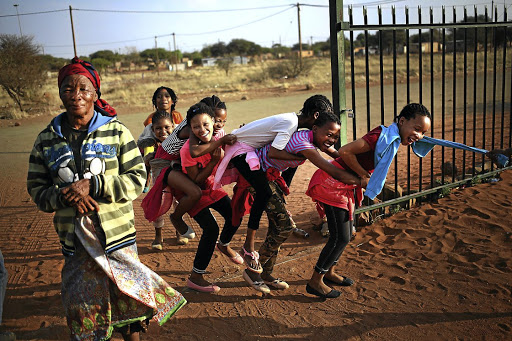 She is the only one of the four siblings who is actively involved in the preservation of this language after the apartheid government stopped its use.

In 2014, she received the Order of the Baobab from President Jacob Zuma.

But "Ouma Katrina", as she is affectionately known, is not in good health and worries about what will happen to her language once she dies.

The other speakers are her sisters Griet Seekoei, 86, and Johanna Koper, 97, and their brother, Simon Sauls, 69.

Another sibling, 70-year-old Lena Sauls, does not speak the language. 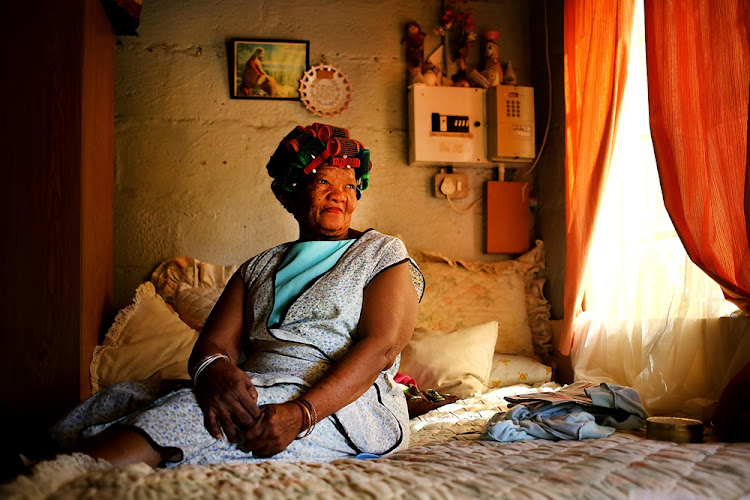 Lena Sauls who says she understands the language, in Upington, South Africa. She lives with Simon Sauls, who is purportedly one of four remaining speakers of the N|uu San language
Image: Alon Skuy

The Times visited the siblings in their homes with the assistance of David van Wyk, a resident of Upington who is passionate about preserving the language.

The family agreed to speak to us for a small "disturbance fee'' of R450.

Despite not knowing how to read or write, Esau helps to run a small school at her home together with Van Wyk where she teaches children vocabulary and pronunciation.

"I would love to have a proper school, not this little school in my yard. The people must speak the language. The children must be able to speak. I want to see different people speak N|uu. Not just the Bushman, but different people," Esau said.

Esau had 11 children but only four are still alive. One of her granddaughters, Claudia Snyman, has been instrumental in the teaching of N|uu in the community. 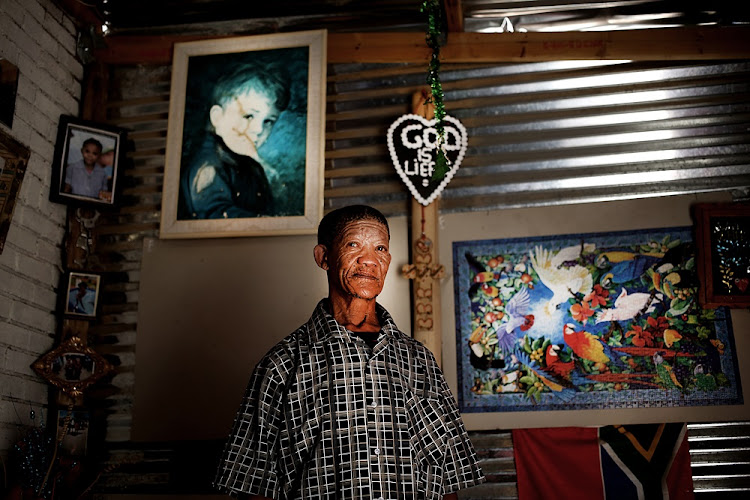 Simon Sauls poses for a portrait in Upington, South Africa. He is purportedly one of four remaining speakers of the N|uu San language.
Image: Alon Skuy

With the help of the Pan South African Language Board, Esau has authored four books that are used at the school.

Van Wyk, who has been trying to get more funding for the school, said N| uu is in danger of disappearing.

"Afrikaans is the spoken language in this community. What we want to achieve with the school is to have people speak, read and write the language. Our dream is to see the language even being taught at school," said Van Wyk.

The school, which has primary and high school classes, began in 2001 and now has about 40 pupils.

While Esau manages to speak N|uu often, her siblings are not as lucky.

When we arrived at the house of her brother "Oupa Saul" he happily greeted us: "!Honkia.'' 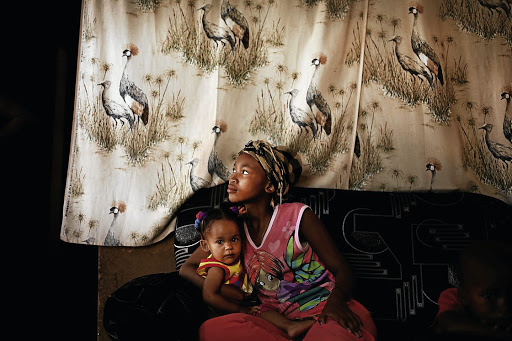 We travelled with him to meet his sister Johanna Koper and the two chatted away like youngsters speaking a secret language.

"Nobody taught me this language. I got it from being breastfed by my mother," she said.

Griet Seekoei is in poor health and was barely able to speak upon our arrival.

When her brother walked into her bedroom, her mood changed and the two chatted happily in N|uu.

We also visited Lena Sauls, the only sibling who does not speak N|uu.

"Every time I try to speak to her in N|uu, she just tells me to stop speaking to her in that Bushman language," said Oupa Sauls.

Her response to her brother may be one of the reasons the language is facing extinction.

"When people who worked at the farms spoke N|uu, their bosses told them to stop talking the Bushman language in their presence. People became ashamed of speaking the language and gradually less and less people could speak N|uu," Van Wyk said. 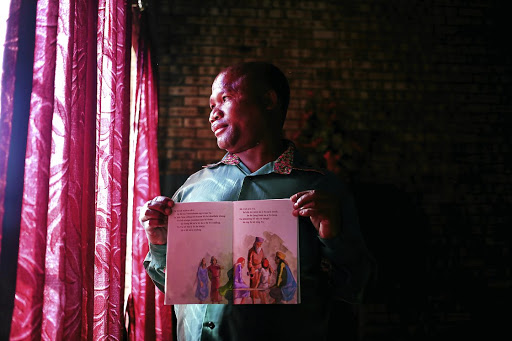 Gelozi Munyeni, a San of Platfontein, Northern Cape, with a book written in his language
Image: Alon Skuy 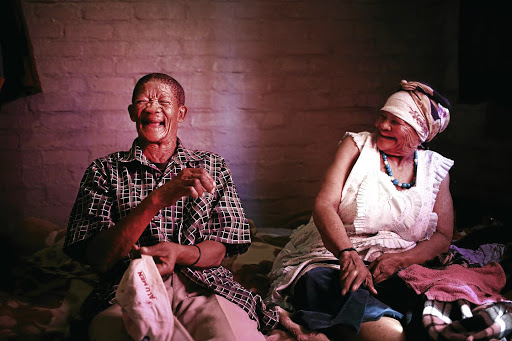 Simon Sauls and Johanna Koper share a joke in their language, which is spoken by only four people in the world
Image: Alon Skuy