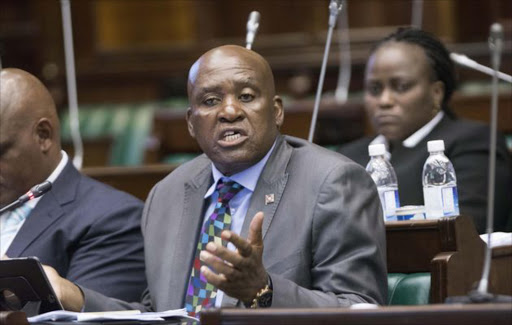 Ntlemeza made the remarks on Friday in an interview with the ANN7 news channel.

"My legal team have from Tuesday been going up and down to the Supreme Court of Appeal trying to trace the so-called court order that has dismissed my application for leave to appeal."

A statement from Police Minister Fikile Mbalula's office‚ issued on Tuesday‚ said the Supreme Court of Appeal (SCA) had on September 15 concluded that Ntlemeza's appointment as the head of the Directorate for Priority Crime Investigation (DPCI)‚ commonly known as the Hawks‚ had been declared unlawful.

"With this decision of the SCA‚ I am directing SAPS to commence processing General Ntlemeza's retirement with immediate effect as if he had retired at the age of 60 but at a level of major-general and not as a lieutenant-general [as] he was promoted to upon his now defunct appointment‚" Mbalula said.

The office of Police Minister Fikile Mbalula wants Major-General Berning Ntlemeza to pay back the benefits he received during his tenure as head of ...
News
4 years ago

Ntlemeza maintains he did not lie under oath.

Instead he claims there was a "misunderstanding" between his legal team and the office of the Judge Elias Matojane.

In March 2015 Pretoria High Court Judge Elias Matojane ruled that Ntlemeza "lacks integrity and honour" and had made false statements under oath. He was acting Hawks head at the time.

He said it was "Hollywood style" of Mbalula to inform the media of his removal without notifying him.

Ntlemeza wants a parliamentary inquiry to investigate his axing.

General Berning Ntlemeza's legal battle to be reinstated to his position as Hawks boss is over and he is officially out of the SA Police Service.
Politics
4 years ago

"I will be given opportunity in that inquiry to give the side of my story."

Ntlemeza was appointed head of the Hawks in December 2014 by former police minister Nathi Nhleko. However‚ he now argues Mbalula hired him.

"If I was appointed by Minister Nhleko and he came in‚ it's him (Mbalula) that appointed me‚" he told ANN7.

"My family is going to be a disaster. I am not going to pay everything‚ even the house‚ even the cars I am having‚" Ntlemeza said.

"What he wants to do is close my salary‚ so that my kids must die."