What do you call a rhino in Antarctica? Lost 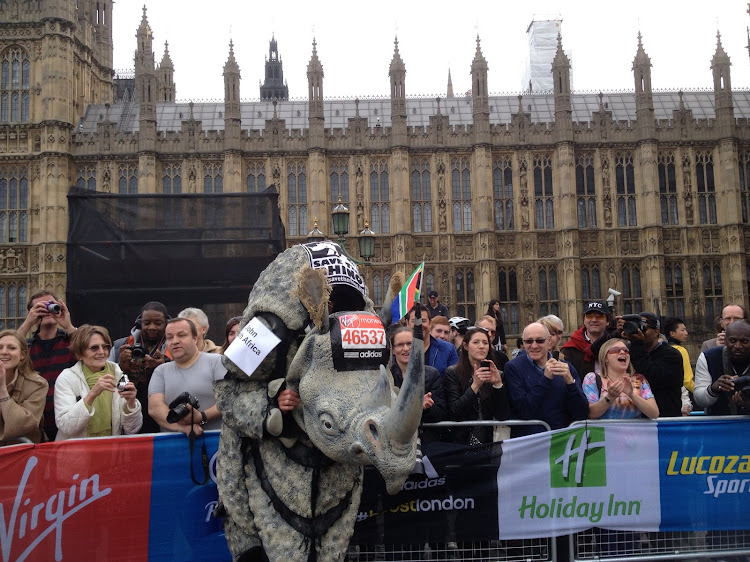 John Black ran the 2013 London Marathon in a rhino suit and raised about R100,000. Now he's training to climb the highest mountain in Antarctica - in his rhino suit.
Image: SUPPLIED

Yes‚ he will be wearing his suit resembling the endangered animal.

Black is raising money for rhino conservation through the fund-raising platform GivenGain. All funds will be donated to the Endangered Wildlife Trust (EWT). 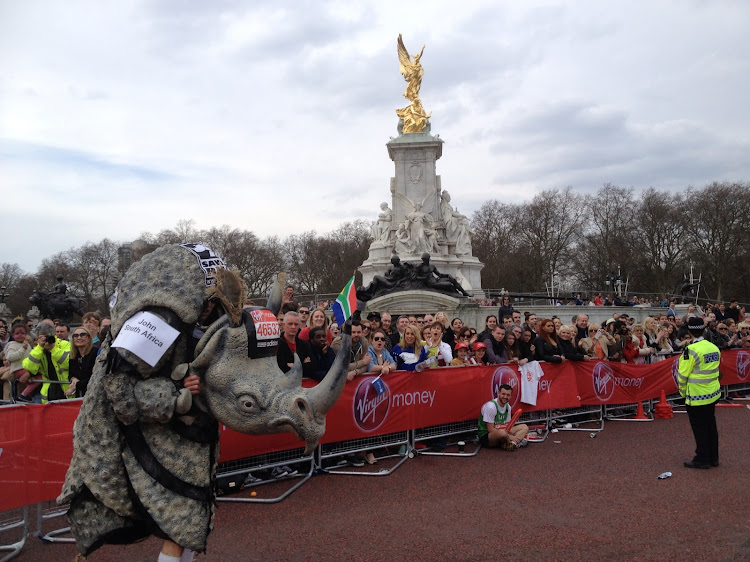 “As it’s World Rhino Day‚ it will also be almost three months to the day until I leave on 26 December‚ so the timing works out well‚” he said.

“The idea is to fundraise for the EWT‚ and if my target of R250 000 is reached‚ I will then attempt to climb the highest mountain‚ on the coldest continent in a rhino suit.

“This will be the conclusion of my Seven Summits endeavour - climbing the highest mountain on each continent‚” he said. 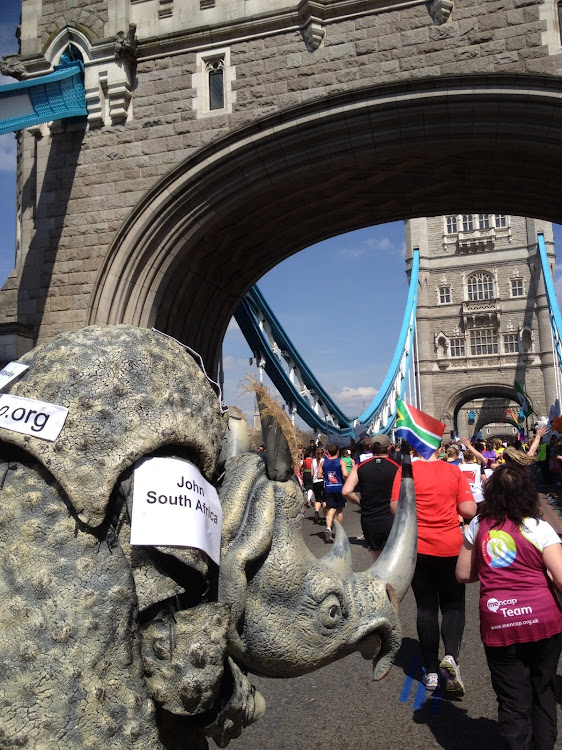 “The suit [for Antarctica] is not yet finalised‚ but it will not be identical to the one used in London.

His training has focused on cardio and endurance training - running‚ trail running and cycling‚ “with some strength training thrown in the mix”‚ he said.

“In an effort to get accustomed to dragging a sled on the lower slopes of the mountain‚ I also train by walking up the steep hills near my house‚ dragging a heavy tyre to simulate a fully loaded sled on ice.”