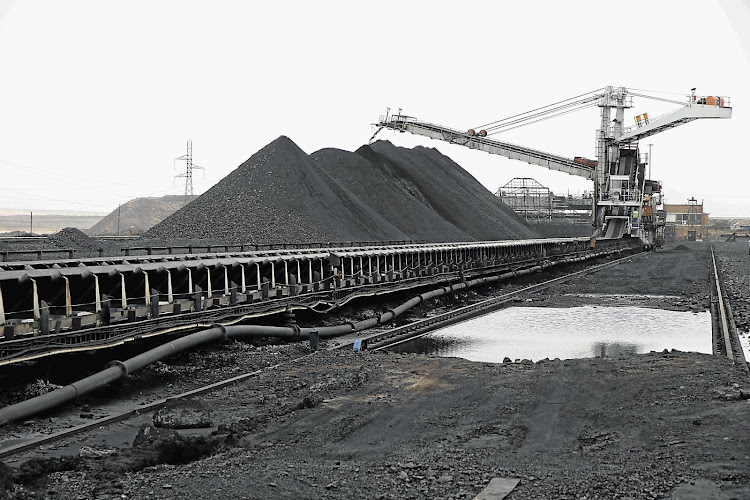 The Pretoria High Court on Tuesday granted an urgent interim interdict to freeze the R1.75-billion rehabilitation trust funds of the Gupta-owned Optimum and Koornfontein coal mines.

The application for the interim interdict‚ which was brought by the Organisation Undoing Tax Abuse (Outa)‚ was unopposed. The main application will be heard on December 7.

The funds are being kept by the Bank of Baroda‚ which last week fought off an urgent application by 20 Gupta family companies to force Baroda to keep their accounts open.

Baroda is the fifth bank in South Africa to close all accounts linked to the Gupta family‚ after the ‘big four’ banks - FNB‚ Absa‚ Nedbank and Standard Bank - closed accounts last year.

Outa in court papers expressed concerns that the rehabilitation funds could be at risk considering the imminent account closures at the end of the month.

'Guptas used mine rehab funds to pay back loans'

The trustees of a Gupta-linked mining rehabilitation fund have been accused of deliberately and unlawfully allowing the controversial family to use ...
News
4 years ago

According to previous reports‚ the Gupta family owes Baroda around R800-million.

According to a statement by Outa‚ the interim order directs Baroda to hold onto the funds of Optimum and Koornfontein mines.

The trustees or those with signing powers are interdicted "from directly or indirectly dealing in any way with‚ disposing of or removing from the Republic of South Africa any of the funds or assets of the Trust including but not limited to the Trust's funds held in any account of or at the Bank of Baroda".

“This is another sweet victory for South Africa‚ with the prevention of Gupta mining trust accounts worth at least R1.75-billion from leaving our shores or being plundered by the Guptas‚” the statement quoted Outa’s chief operating officer‚ Ben Theron‚ as saying.

“But the fight is far from over as we want to ensure that the Gupta family and those responsible for state capture are held accountable.”

Move to protect mine rehabilitation funds
Business Times
4 years ago

TimesLIVE understands that no Section 11 application has been lodged with the Department of Mineral Resources to transfer the mining rights to Al Zarooni.

“The trustees of the Gupta-linked mining rehabilitation funds allegedly mismanaged the funds‚ allowing the controversial family to use the trusts to pay back loans. Pending the final outcome of the interdict‚ we will pursue these individuals and hold them accountable for their misconduct‚” Theron said.

Outa added it had recently appealed to Minister of Mineral Resources Mosebenzi Zwane and the South African Reserve Bank to secure these funds‚ with no response.