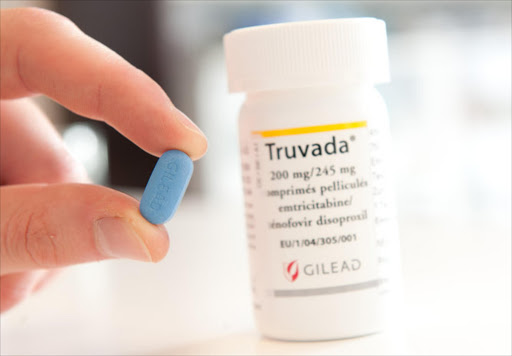 The WHO has recommended pre-exposure prophylaxis, or PrEP, as an additional HIV prevention choice for people with a high risk of being infected. Truvada has been licensed in South Africa. File photo
Image: Epa/Maurizio Gambarini via The Conversation

For the first time university and college students will be able to access HIV prevention medication called Truvada.

This was announced on Tuesday by the Higher Education and Training HIV & AIDS ( HEAIDS) national programme. Truvada is an antiretroviral pill that reduces the risk of contracting HIV‚ by at least 90% if taken daily.

The roll out is actually a trial that will give the national health department information about whether there is a demand for such preventive treatment and if people will use it.

Truvada has been rolled out in South Africa at pilot clinics for gay and bisexual men and to some HIV negative sex workers‚ but has not been made available to young people before.

New antiretroviral drugs that South Africa will introduce next year are cheaper and have far fewer side effects than medicines presently available.
Lifestyle
4 years ago

Young women aged between 15 and 25 are the most at risk of contracting HIV in South Africa‚ according to data from the Human Sciences Research Council.

Director of HEAIDS Dr Ramneek Ahluwalia said: “In these age groups rates of transactional sex are very high‚ and condom uptake is low‚ which is why they are good candidates for the roll out."

He said many young women at universities were involved in "transactional sex‚ prostitution or used alcohol or drugs putting them at high risk of HIV".

Some of HEAIDS studies indicated 14% of university and college students were involved in "transactional" sex for money or goods‚ he said.

The numbers of people who will be given the treatment are not known yet‚ said Ahluwalia‚ as they need to educate people to create demand for the prevention.

The new antiretrovirals South Africa will introduce in 2018 are cheaper‚ have far less side effects than current drugs and HIV cannot develop ...
News
4 years ago

Ahluwalia said: "The aim is that any young student in these universities who feels they are at risk of HIV would be able to access the drug."

Numerous studies with Truvada and preventative vaginal gels involving thousands of women have failed in South Africa and other SADC countries because they weren't used. This includes trials named FACTS and VOICE

This roll out of Truvada to university students is a trial that will give "real world" data if people are interested in prevention and take it daily‚ explained Ahluwalia.

Students will be given counselling and medical tests required before starting the treatment. They must be HIV negative‚ as this ARV cannot be taken if positive.

HIV drug to be more affordable in SA

There will be a lot of education to have vulnerable people at high risk of HIV learn about the treatment‚ explained Ahluwalia.

Truvada is widely used as prevention in the gay community in San Francisco.

The drug has made headlines in Britain‚ because initially the National Health Service would not pay for it.

Truvada is known as Prep or PrEP Exposure Prophylaxis.

“PrEP has enormous potential to spare thousands of young South Africans from the HIV epidemic‚ but only if it is used properly‚ consistently and responsibly. That is why we are working closely with universities‚ the Department of Health and the clinics to ensure students are properly informed on how PrEP works‚ and what is required for it to remain effective‚” said Ahluwalia.