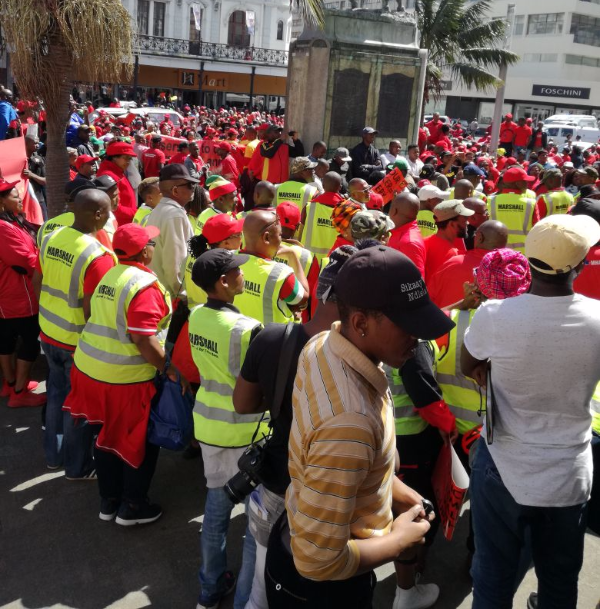 Thousands of Cosatu affiliate union members marched in East London on Wednesday as part of the labour federation's national march against state capture.

The crowds marched from the North End Stadium‚ down Buffalo Street on to Oxford Street to hand over a memorandum at the East London City Hall.

Their demands included an end to state capture and the influence of Indian businessmen - a reference to the Gupta family - in state decisions.

They also demanded an end to labour brokers and corruption in government.