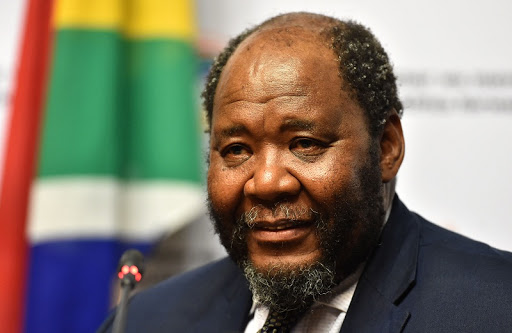 Pali Lehohla said that according to the Community Survey 2016 regarding the challenges that people face‚ safe water and the cost of electricity ranked as the leading problems‚ while education ranked number 15.
Image: GCIS

He told a gathering at the Southern Sun Elangeni & Maharani in Durban on Wednesday that the country was faced with a high drop-out rate of high school children who were not getting the necessary skills out of the tertiary system.

In South Africa the number of skilled people are few‚ said Lehohla at the International Higher Education conference hosted by the University of KwaZulu-Natal where he released the Whither a Demographic Dividend South Africa‚ 2017‚ report.

The report assesses South Africa’s ability to reap the benefits of a demographic dividend based on a number of socio-economic indicators‚ namely the labour market‚ economic growth‚ education and training‚ governance‚ health care and family planning. The report also tracks progress‚ or lack thereof‚ towards eliminating unemployment‚ hunger‚ poverty and inequality over the years 1960–2015.

South Africa’s school system is characterised by extreme inequalities‚ from expensive private-sector schools offering excellent education to no-fee public-sector schools where the quality of education is variable‚ says the report.

Lehohla said that according to the Community Survey 2016 regarding the challenges that people face‚ safe water and the cost of electricity ranked as the leading problems‚ while education ranked number 15.

“There is a need to rethink this as a process by which a discourse takes place to highlight the importance of education. This poses interesting questions for leaders at all levels of government.

The ‘fees must fall’ campaign at South African universities‚ in the context of many other funding requests across the fiscal spectrum‚ asks the country to confront difficult choices about the allocation of financial resources.

“If an important dimension of sustainable development is quality education for all‚ but citizens’ perceptions are inconsistent with that because their attention is focused on more immediate needs like water that is clean‚ accessible and affordable‚ politicians and civil servants must work extra hard to achieve outcomes that will serve the long-term interests of communities while at the same time demonstrating their commitment to resolving the burning issues of the present‚” he said.

He said he wondered why there were local government elections at the time when there was Fees Must Fall.

“Not that the two should not happen. But there was very little about education reflected by all political parties. They were talking about water and sanitation. They never talked about what was happening there. Here we have a crisis of producing knowledge for the country‚” said Lehohla.

South Africa has suffered high unemployment for many years.

“In recent years the numbers of unemployed have grown‚ and they continue to grow. With 9.3 million people unemployed in the first half of 2017.

On a more detailed examination of the traditional demographic dividend issues by population group‚ it is clear that South Africa’s problems lie in the country’s apartheid legacy and insufficient progress in addressing that legacy since 1994.

Each of the four population groups underwent demographic transitions‚ with whites peaking first in terms of the working-age ratio‚ followed by Indians/Asians at a higher level‚ and Coloureds and black Africans following at lower levels.

Even amongst the educated elite‚ namely graduates‚ the differences in unemployment rates are large among young people aged 15 and 34. Young black African graduates have much higher unemployment compared with the other population groups‚ and in recent years the gap has grown.