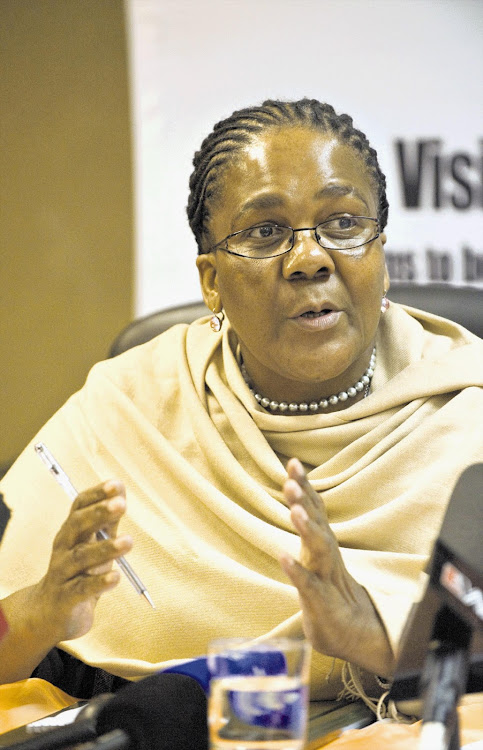 Transport Minister Dipuo Peters. The annual report said the civil matters included an investigation into the Department of Transport where an administrative decision to the value of R2.5bn was set aside and deemed invalid. File photo
Image: BUSINESS DAY

The Special Investigating Unit expects to release 12 final reports from its investigation of allegations of maladministration at various national government offices and those of state owned enterprises in the 2017-18 financial year.

The SIU gave the rundown of its proclaimed investigations in its 2016-17 annual report‚ some of them probing incidents dating back to 2004. The alleged maladministration and impropriety investigating is said to involved hundreds of millions in some departments.

The annual report said the civil matters included an investigation into the Department of Transport where an administrative decision to the value of R2.5bn was set aside and deemed invalid. A final report is being prepared and would be submitted in the next financial year‚ the report said.

“The SIU was required to investigate the extensions by the department of the driving license card contract and the Electronic National Traffic Information System contract as well as any unauthorised‚ irregular or fruitless and wasteful expenditure incurred by the department‚” said the annual report.

The report said it would also submit a report on the Department of Communications it was investigating the validity of a tender awarded for the public awareness campaign for government’s television digital migration process.

“The value of the contract and administrative decision set aside and deemed invalid is R756m. The final report is being prepared and will be submitted in the next financial year‚” the report said.

At the Department of Rural Development and Land Reform the SIU investigated irregularities in the awarding‚ administration and application for grants and funds under the land reform programme as well as land restitution claims.

SAPS were investigated by the SIU over supply chain management irregularities relating to functions including the Expert and Facility Management Services as well as building and renovation projects.

At the SA Social Security Agency the SIU investigated allegations of unlawful payment of social grants as well as failure by staff to declared financial interest in businesses supplying to the agency. Allegations of fraud and maladministration were investigated at the national and provincial departments of social development.

The unit also investigated Eskom over allegations of irregular procurement for helicopter services in the Eastern Cape‚ undisclosed interest where board members have had contractors supply to Eskom‚ coal supply as we as coal transportation and other services.