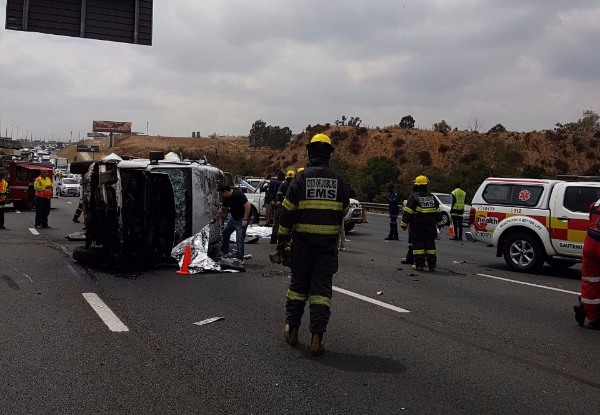 Five adults and a child were killed in a taxi crash on the N1 South, Johannesburg.
Image: Emer-G-Med

A seven-month-old baby girl miraculously survived a horrific highway crash in Johannesburg which claimed the lives of five adults and a child on Thursday afternoon.

The baby who survived was thrown from the vehicle‚ as were many of the other passengers‚ according to Emer-G-Med emergency services.

Johannesburg Mayor Herman Mashaba said the accident occurred on the N1 south before the Buccleugh interchange in Midrand. 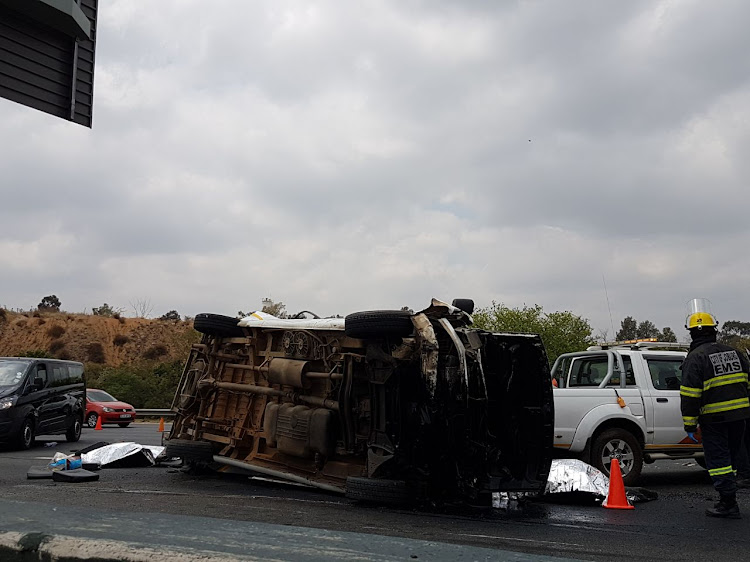 Emer-G-Med spokesperson Jurgen Kotze said that the taxi was speeding when it crashed.
Image: Emer-G-Med

"Five adults and a two-year-old child died while eight others were injured when a taxi they were in overturned‚" he said.

"It's reported the taxi was transporting passengers from Zimbabwe to Joburg when the accident occurred. The cause of the accident will be investigated."

Hectic delays all around N1 South Allandale. Find alternative route if you can. pic.twitter.com/du6iszxDqT

Emer-G-Med's Jurgen Kotze said that most of the dead were found underneath the taxi as their bodies were flung from the vehicle during the crash.

Kotze said that three other patients were in critical condition with a further two patients needing medical assistance.

Commuters are advised to avoid the N1 highway. 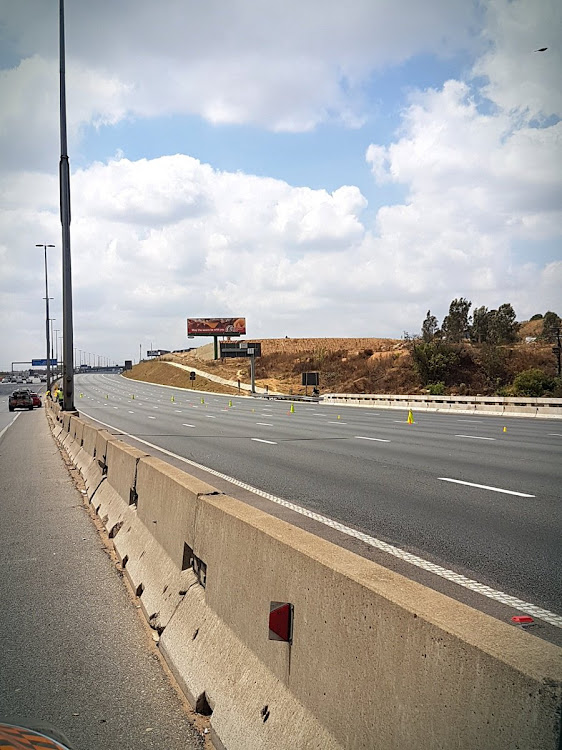 The N1 South was still closed off at the time of publishing.
Image: Emer-G-Med

One person killed in helicopter crash outside Cape Town

A helicopter crashed near a high school in Somerset West approximately 50km from Cape Town just after noon on Thursday.
News
4 years ago

The sound of rushing water and screams are likely to have filled the final moments for seven people who drowned when a car plunged into a dam in the ...
News
4 years ago