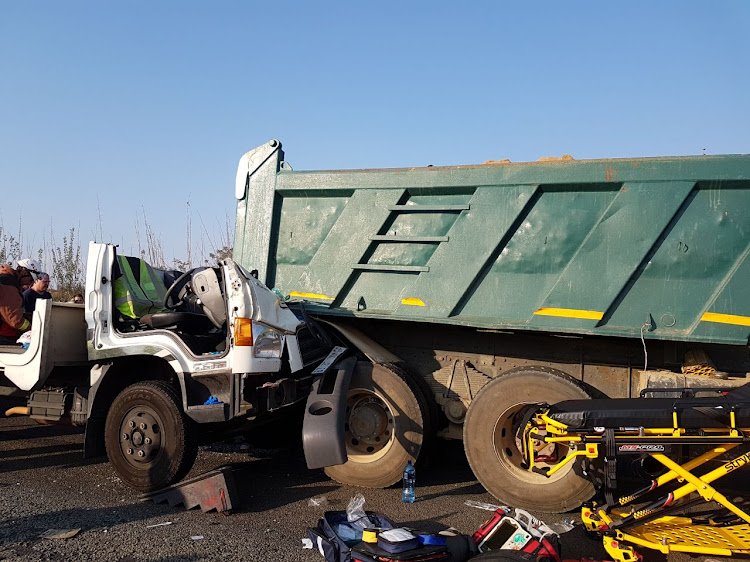 The medics were already tending to people at a truck crash when a car came bearing a badly injured woman in her 50s - she had tried to seperate two fighting hyenas and nearly lost her hand.
Image: Emer-G-Med

What started out as a fairly routine rescue for Johannesburg paramedics took an unusual turn after a helicopter meant for a truck crash victim had to instead airlift to hospital a middle-aged woman who tried to break up a fight between two hyenas - and nearly lost her hand doing so.

Paramedics were attending a truck crash on the R512 near Lanseria‚ North West of Johannesburg‚ on Monday afternoon.

"Whilst we were working on him‚ in the backup of traffic‚ a car came through with a badly injured woman in her 50s.

"The woman had tried to break up a fight between two hyenas on a neighbouring game farm and subsequently suffered a partial amputation of her left hand."

Kotze said the woman was allegedly a hyena handler.

The woman was flown to Millpark hospital.