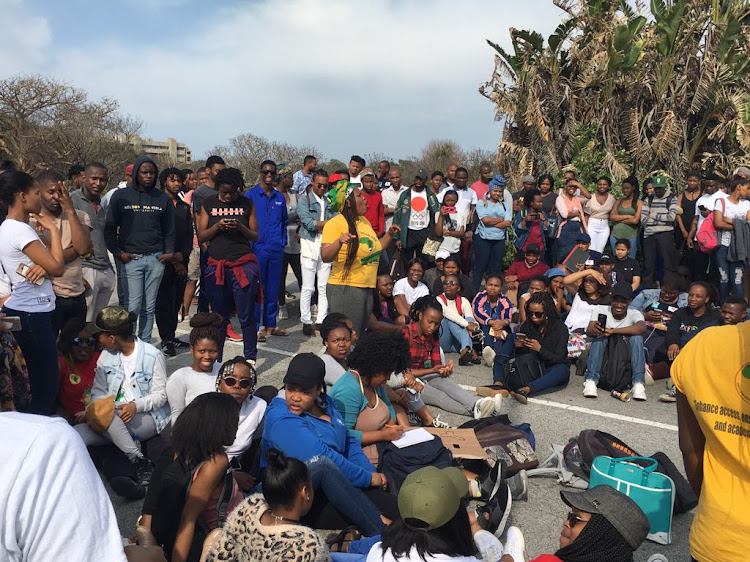 The entrances to NMU’s North and South Campuses were blocked by protesting students on Tuesday following an attack on two female students on Monday night.
Image: Werner Hills/The Herald

An armed man has raped one student and stabbed a second inside a computer laboratory at Nelson Mandela University in Port Elizabeth.

The women were attacked while working in the laboratory just after 11pm on Monday.

Protesting students rallied behind the victims and blocked entrances to campus early on Tuesday.

“There was an attack on two of our students in one of the computer labs last night at the Second Avenue campus. One student was stabbed and the other one was raped. Both students have received medical attention last night and the necessary support systems and counselling have been put in place for both students‚” said Mbabela.

She said the attacker had yet to be identified but police were investigating.

Mbabela said that security was posted at various points across campus to ensure the safety of students.

“Last night when I spoke to some of the security colleagues on campus‚ they said that the incident had happened five minutes after they had patrolled the area‚” she added.