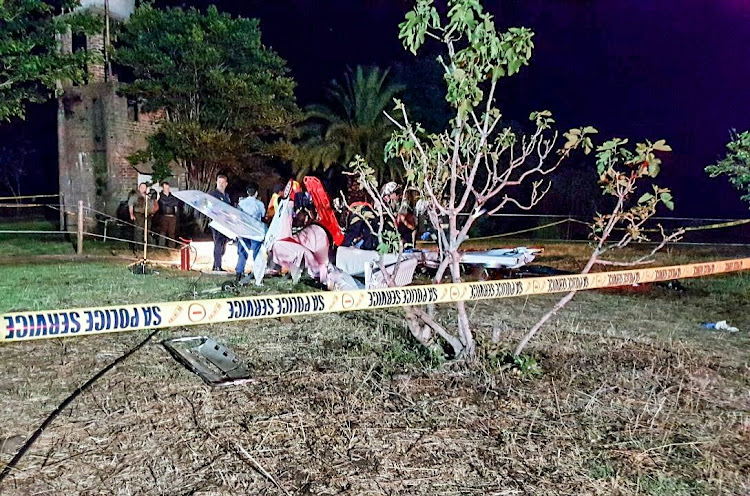 A light aircraft pilot was killed when his plane crashed in the Tierpoort on Friday afternoon.
Image: Netcare911

A light aircraft pilot was killed when his plane crashed in the Tierpoort area near Pretoria late on Friday afternoon‚ paramedics said.

Netcare 911 said reports from the scene indicated the plane was heading for a nearby airfield when the accident occurred.

Netcare 911 spokesman Nick Dollman said the pilot‚ believed to be about 45 years old‚ had died prior to paramedics arriving on the scene.

A metro police officer is fighting for his life after being hit by a taxi on a busy Johannesburg intersection on Friday morning.
News
4 years ago

What started out as a fairly routine rescue for Johannesburg paramedics took an unusual turn after a helicopter meant for a truck crash victim had to ...
News
4 years ago

Seven people were killed and a 9-year-old girl was critically injured when a car collided with a timber truck on the R617 near Underberg in the KZN ...
News
4 years ago