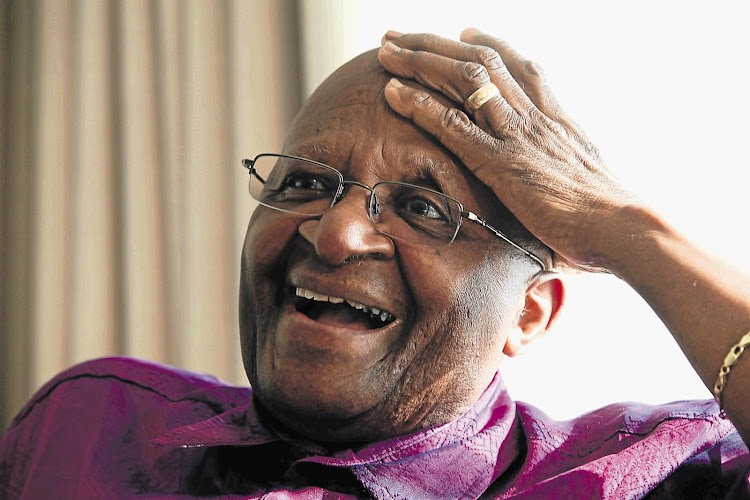 Archbishop Emeritus Desmond Tutu is internationally acclaimed for his life and work.

He has become best known for his work as General Secretary of the South African Council of Churches, a base from which he led the churches in the struggle against apartheid for which he was awarded the Nobel Peace Prize in 1984, and his role as Anglican Archbishop of Cape Town in which he continued that public role as a leading symbol of black liberation and the bane of white South Africa.

He is also known for his role as the chairperson of the Truth and Reconciliation Commission in which he endeavoured to help heal the nation as its father confessor; and lastly in a regularly deferred retirement, as a respected global elder in seeking to resolve both local and international conflicts.

Where does one even begin to start writing in appreciation of such a person and such a life? Fortunately, my task has been defined for me. I have been asked to write about his theology, an unusual request, but important nonetheless, given the fact that everything Tutu has said and done has been shaped, not by political insight and ambition, or by ecclesiastical interests, but by his faith in God, that is, by his theology.

Tutu is first and foremost, a spiritual leader, a man of deep prayer. But his deep spirituality is not and has never been the piety of a religious ghetto; exactly the opposite.

It was this that motivated his participation in seeking justice for the downtrodden and supporting the liberation struggle. It was this that gave him the courage to confront political bullies, stand up to abuse even from within his own church, and lead protest marches in the face of overwhelming displays of state power.

Functionaries of the apartheid state as well as those of our current government who abuse their power, look decidedly tawdry alongside the Arch. They are no match for his moral authority, his spiritual depth, or his theological wisdom. Nor can they compete with his humility, humour or humanity.

Unless we begin at this point in acknowledging Tutu’s spirituality we will completely misunderstand who he is and the contribution he makes to the life of the world. Critics who label him a political priest, totally misunderstand him. Tutu is politically astute, but he has had no personal political ambitions, nor was or is he a member of any political party.

“Madiba says yes!” With these words‚ Archbishop Emeritus Desmond Tutu not only brought down the house but gave his blessing to the Zeitz Museum of ...
Lifestyle
4 years ago

His social engagement began as he daily celebrated the Eucharist, listening in the silence to discern what needed to be said and done in the public arena. He had learnt this from his earliest teachers, the Fathers of the Community of the Resurrection in Rosettenville and Sophiatown, among them Trevor Huddleston, whose scathing critique of apartheid, Naught for your Comfort, remains a classic.

It goes without saying that Tutu was well versed in the theological doctrines of Christian faith. In particular he had a profound understanding of the incarnational character of Christianity, the faith conviction that

God was in Christ reconciling the world.

Therefore, he stressed the incarnational and reconciling ministry of the church in the life of the world. He discerned the image of God imprinted on the face of all human beings, and believed that despite their sins, none was beyond redemption. Thus forgiveness and the inclusive embrace of the other are fundamental to human and social well-being.

His favourite theological theme was the Transfiguration, a symbol of hope and encouragement in times of darkest despair when the cross looms large and suffering becomes inevitable though potentially redemptive. Tutu drank deeply from the wells of the Hebrew prophets whose words inspired his own as he challenged evil, spoke truth to power and words of hope to the powerless. All the while, he was being drawn deeper into the mystery of God as he journeyed into the suffering of people and trying to find meaning in the darkest of times. On one occasion, in speaking about the untimely death of a young Christian leader, he cried out

That is when theology becomes real – when the very word God becomes difficult to utter, when God is apparently absent. It is at the cross that faith is born. That is the faith of Desmond Tutu; the faith that enabled him to fight injustice and provide leadership in the struggle against oppression. That is Tutu’s theology, profoundly simple, yet simply profound.