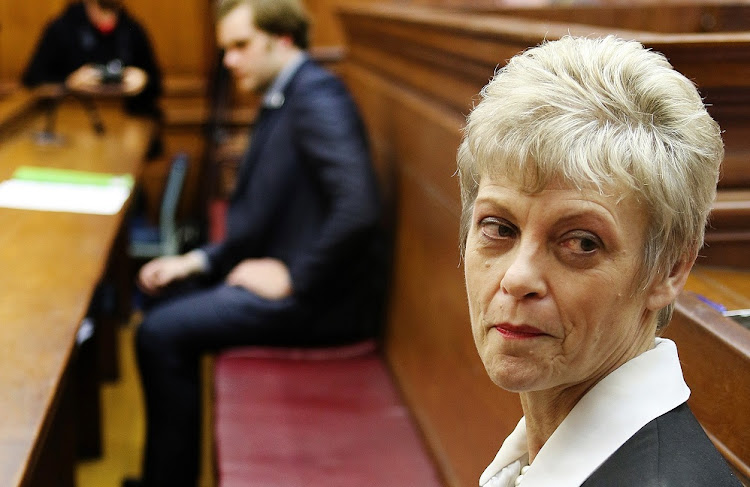 Both are highly experienced DNA experts‚ and both have delved deeply into the Van Breda triple axe murder trial on a molecular level - quite literally.

Lieutenant-Colonel Sharlene Otto is a chief DNA analyst for SAPS and spent hours upon hours in the witness box in Cape Town High Court being cross-examined by Henri Van Breda's defence counsel who seemed painted in a corner when highly damning evidence against him came to light last month.

Van Breda is accused of murdering his father Martin‚ mother Teresa and brother Rudi. In addition he has been charged with the attempted murder of his sister Marli.

This week in court‚ the defence lashed back with their own DNA expert‚ Dr Antonel Olckers‚ who started and heads up DNAbiotec and who spent the first two days of this week discrediting the work of the SAPS laboratory.

The case has been adjourned to Monday.

Freshly sheared but with his cowlick fringe still in place, Henri van Breda dozed off in the dock in the Cape Town High Court on Monday as he ...
News
3 years ago

Murder accused property mogul Jason Rohde will return to the scene where his wife took her last breath over a year ago.
News
3 years ago

Henri van Breda - looking depleted and in need of a haircut - still cannot decide if he wants to be in the witness box‚ but certainly doesn't want to ...
News
3 years ago
Next Article