What Lindiwe Mazibuko is doing now 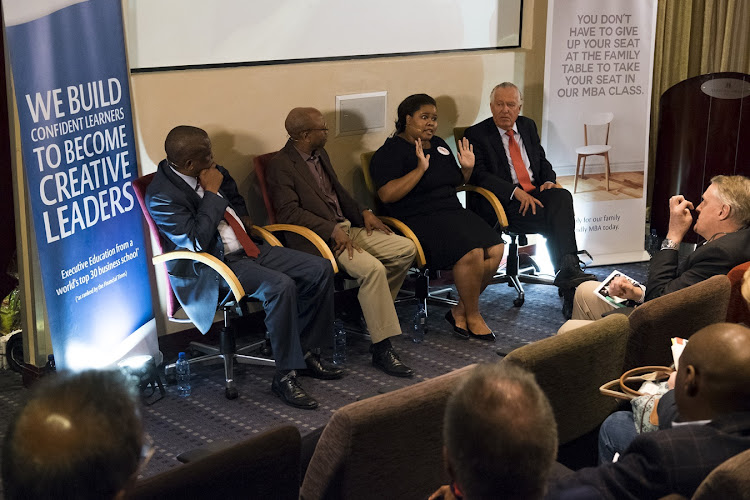 Former South African politician Lindiwe Mazibuko is focused on the global stage‚ disclosing that she has joined up with a non-partisan group of public servants from other countries.

Mazibuko‚ who left South Africa for the UK two years ago‚ returned to the country to attend a panel discussion in Johannesburg this week on the role of business in the country's current political climate.

She revealed a glimpse of what she has been up to since completing her Master's degree in public administration at Harvard University in the United States.

"I have recently joined the board of a government-tech business based in the UK. We are called Apolitical and one of the questions that exist on what it means to be apolitical was whether it means to be hands-off or whether it means to cultivate an advisory committee or team who have a multiplicity of views and allow the expression of those views in our relationships with government‚" she told delegates on Tuesday.

"So it is not to go to government and say we are going to provide these services to you‚ which are technological based … on an apolitical basis‚ which does not imply that I do not have a view. I do have a view. My colleague has a different view and we populated this business with enough people who have enough of a variety of a view that you will never be short of good advice‚" Mazibuko said.

"Through this business‚ we are setting up a non-profit to grow the next generation of public leaders starting in Africa‚ moving to Latin America and to Europe on the same basis.

"So we want to build an advisory committee that isn't just made up of one ideological view‚ or veterans from one organisation‚ but from a plethora that‚ when our fellows come out of the system‚ they can tell us who they want to be."

The former Democratic Alliance parliamentary leader made no mention of returning to South African politics.

TimesLIVE attempted to get further comment on her future plans but her spokesperson said she was not immediately ready to take interviews.

Apolitical, operating from London and Berlin‚ states its goal is "to accelerate the best ideas in government globally". Its interest areas include how technology can improve government health services‚ internet rollout to rural areas and improve urban design.