'Our children will suffer more with a black principal' 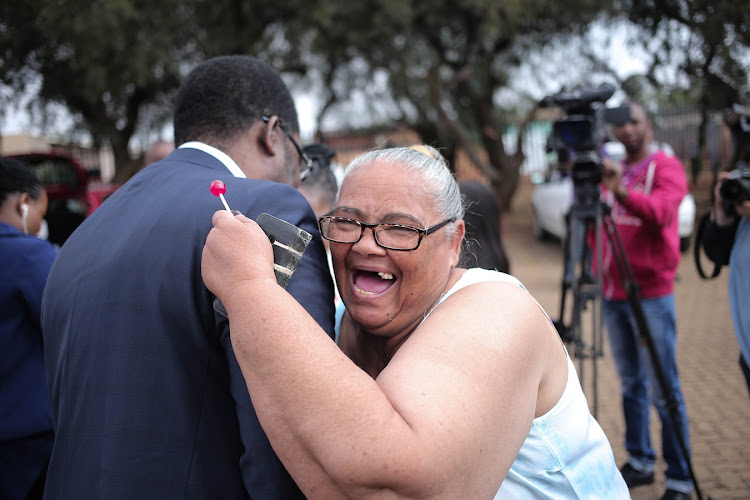 The Eldorado Park community was concerned that the “rotten” black teachers at Klipspruit West Secondary School would be at an advantage if a black principal was appointed to oversee them.

This was according to former chairperson of the school governing body Rita Davis‚ who lost her post after Gauteng Education MEC Panyaza Lesufi dissolved the body following alleged racial tensions at the school.

Addressing the SA Human Rights Commission on Friday‚ Davis said: “Not all of them [black teachers] is rotten. There is very good black teachers (sic) at our school but certain teachers have serious abuse and allegations towards the coloured - not only to the coloured but also to their own.

Parents of learners at Klipspruit West Secondary School demanded to invigilate their children’s examinations and also beat up black teachers if their ...
News
4 years ago

Commission chairperson Buang Jones expressed his concern about her views‚ asking whether the country was returning to the days of the “swart gevaar” (black threat).

Attempting to explain‚ Davis entangled herself in a web of contradiction.

“So you were not opposing the appointment of the black principal?” Jones asked.

“From my knowledge there were 29 applications and 11 were coloured but there was not even one coloured for an interview or shortlisting‚” she said‚ adding that it should have been taken into consideration that the person was to work in a coloured community.

But when asked whether she meant the appointed candidate should have been coloured‚ Davis said: “No.”

Last month‚ community members protested against the appointment of the principal and certain black teachers at the school.

Four black teachers were temporarily removed amid allegations they mistreated learners and underperformed.

They testified before the commission.

David Vuma said the tension at the school was brought about by external factors.

“I greeted Ms Rita. I took her as a mother‚” Vuma said‚ referring to Davis.

“I cannot greet her anymore because I am black‚” he said‚ shortly after hearing her testimony.

Another teacher‚ Fallon Murhombo‚ said her coloured learners were worried about her safety and had even informed her beforehand of the planned lockout of black teachers.

“My children told me I must be careful‚” she said.

Another teacher Flora Sibidla said this was all a “witch hunt”.

“They are bringing up all the nonsense because a black principal was appointed‚” she added.

Another teacher‚ Khapane Moloi‚ said the racism at the school led to one learner’s suicide.

“He had had an altercation with a teacher. I am not sure if [he] was wrong but he was singled out and told not to set foot on Monday. He does not have parents…. That Monday‚ he hanged himself…. I feel strongly that his suicide could have been as a result of racism that manifested itself.”

The commission heard how the Greater Eldorado Business Forum had first raised their concerns about the appointment of a black principal‚ even writing to Lesufi to share their concerns.

Another community group‚ named the Patriots of Equality were alleged to have been at the forefront of the lockout of teachers.

They say they are tired of the sidelining of the coloured community.