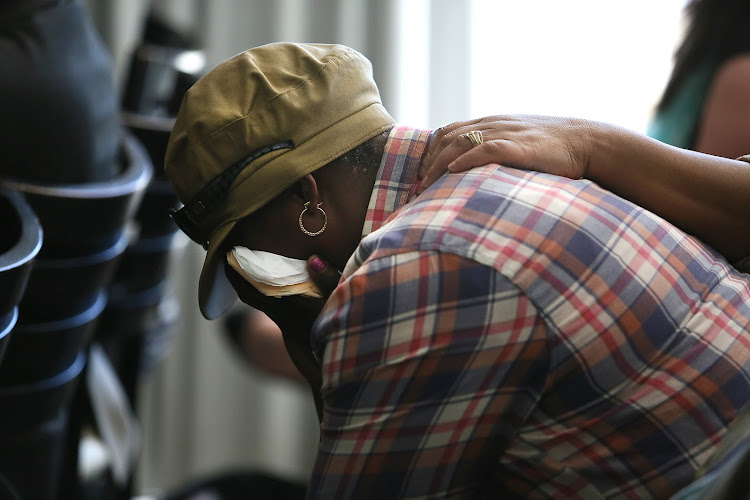 A woman is comforted after breaking down during proceedings.
Image: ALON SKUY/THE TIMES

Daphne Ndhlovu‚ a social worker from Cullinan Care Rehabilitation Centre‚ was sent to tell the family in February‚ but Gumede had died in July 2016.

Ndhlovu testified to this at the arbitration hearings that are being held over three weeks in Johannesburg‚ to provide answers to families as to why more 141 mentally ill patients died when moved from Life Esidimeni.

Gumede had been staying in Anchor NGO‚ a makeshift home set up on the state’s Cullinan Care Rehabilitation Centre's premises in order to look after Life Esidimeni patients.

Ndhlovu didn’t know about Gumede's death‚ as she didn't work at Anchor NGO‚ but worked next door at the rehabilitation centre.

Ndhlovu told Gumede's family‚ "Please don’t kill the messenger. I was sent to deliver the message."

She told the arbitration hearing: "It was first time the family was hearing he had passed on. They were very upset."

Gumede's mother left the hearing sobbing when she heard the story.

The problems started when Cullinan Care Rehabilitation Centre received too many people from Life Esidimeni homes.

It was licenced to take 150 people‚ but there were 267 there last year‚ Ndlovu testified. 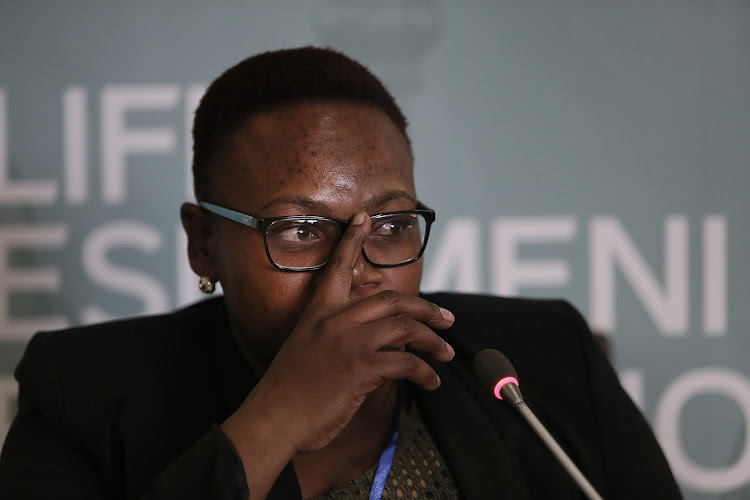 Social Worker, Daphney Ndhlovu, is questioned during the arbitration hearings between the State and the families of victims in the Life Esidimeni tragedy.
Image: ALON SKUY/THE TIMES

Two NGOs were opened on the premises of Cullinan Care Rehabilitation Centre to look after extra patients. Some patients from the centre were discharged to make way for Esidimeni patients. At least eight Cullinan Rehabilitation patients died in NGOs.

Ndlovu testified that the NGOs employed no professional staff or nurses or doctors.

One caregiver at an NGO read out a patient's script‚ and was reading out common psychiatric medicines in a "surprised" way‚ as if she had never heard of them before‚ she said. Patients died at Cullinan's Care Rehabilitation Centre and the NGOs set up on its premises.

About 60% of patients didn't have medical records or medication with them when they came from Life Esidimeni homes‚ said Ndlovu. 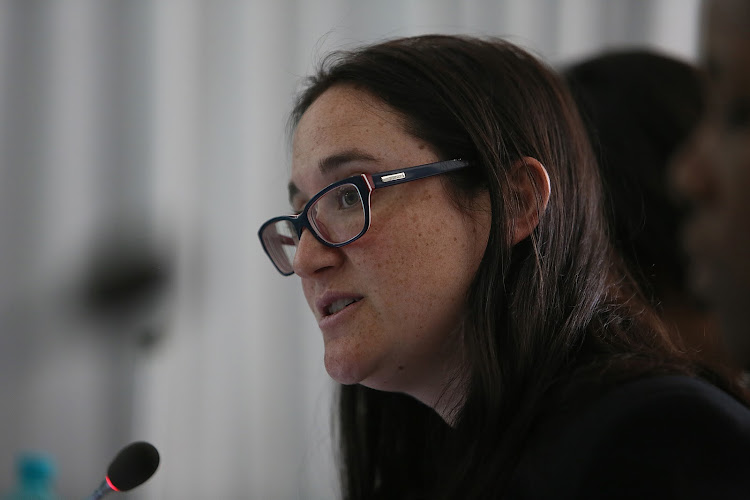 Nikki Stein from Section 27 questions Social Worker, Daphney Ndhlovu. Arbitration hearings have kicked off‚ in which three weeks are set down to find justice for families of the psychiatric patients who lost their lives.
Image: ALON SKUY/THE TIMES

The judge presiding over the hearing‚ retired Deputy Chief Justice Dikgang Moseneke‚ said: "I am trying to understand how a person is admitted into an institution‚ and within a month or two they die of dehydration."

Ndlovu denied that patients at Cullinan Care and Rehabilitation Centre were without food or water. She said the centre was forced to take more patients than they had space for by staff at the Gauteng department of health.

When the Cullinan Care and Rehabilitation Centre CEO objected to NGOs being set up on the premises of the centre‚ she was suspended.

More than 36 psychiatric patients may have died – Section 27

The number of mental healthcare patients who died at various Gauteng centres may be much higher than the reported 36‚ says civil rights group Section ...
News
5 years ago

Seven Life Esidimeni patients people died at Mosego Home in Krugersdorp on the West Rand‚ but the NGO‚ consisting of a row of houses‚ remains open ...
News
4 years ago

On Day Five of the arbitration hearings into the Esidimeni tragedy the acting head of Gauteng’s Health Department‚ Ernest Kenoshi‚ testified. These ...
News
4 years ago

There are 59 untraced people who were discharged from Life Esidimeni‚ who have not been found but are accessing pension or disability grants.
News
4 years ago