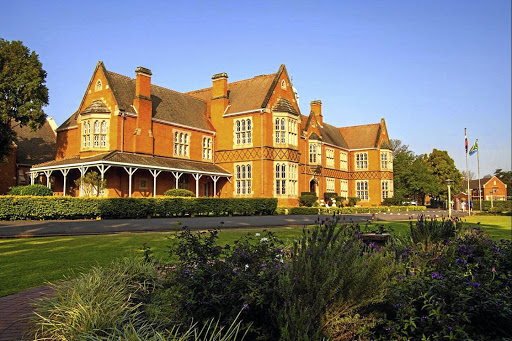 OLD-SCHOOL THINKING? Three Maritzburg College pupils are in trouble for posting a photo online in which one is holding a T-shirt on which are the handwritten words: "EFF our last hope of getting our land back"Picture: Google

A mother says it was just a bit of schoolboy fun that set off the furore that has engulfed one of South Africa's oldest schools.

Maritzburg College, a public school for boys, is to discipline three pupils for posing in school uniform for a picture in which they are shown holding T-shirts with pro-EFF slogans.

The picture, which went viral, has raised questions about racism, freedom of expression and what old boy Kevin Pietersen, the former England cricketer, described as "total disrespect for a once-great school".

The mother of one of the boys said on Sunday that her son had been at the school for five years and had never been in trouble.

She got a telephone call from the school late on Friday saying that her son was in trouble.

"I was told he posted a picture on social media. They then sent me the six counts he is accused of. I was told that my son needs to report to school on Monday. I said no. I am the mother, I will be coming."

One of the country's elite public schools‚ Maritzburg College‚ is facing a PR nightmare after it instituted charges against three matriculants who ...
News
4 years ago

She will arrive at the school on Monday accompanied by her lawyer. The provincial education department has promised a "full-scale investigation".

The boys face charges that include breaching provisions of the SA Schools Act. They might also have breached school policies. One of the T-shirts had the following words inscribed on it: "EFF our last hope of getting our land back."

The boys will face a hearing on October 21.

"When I asked my son why he did it, he said for the fun of it," said the mother. "He had never been exposed to what to write or not to write. They didn't see anything wrong."

She said she told her 17-year-old son to concentrate on his studies.

"I told him that his family and the nation love him. We as adults will sort it. What they did was at their own peril. We are not politically affiliated so this came as a surprise to me. We are not fighting with Maritzburg College. We just want them to drop the charges. He cannot be subjected to a disciplinary hearing two days before he writes his final exams."

"On the face of it, the picture and the circumstances under which it was taken and published, appear to contravene provisions of the SA Schools Act, certain regulations promulgated in terms thereof and the school's own code of conduct for learners and [its] social media policy.

Sexual harassment probe extended to other schools in Soweto

The Gauteng Education Department is extending its investigation to other schools in Soweto after allegations of sexual harassment surfaced at a ...
News
4 years ago

"Just because each learner has been issued with a notice to attend a disciplinary hearing does not mean that any of them has been found guilty," he said.

The EFF's national spokesman, Mbuyiseni Ndlozi, said the party rejected the school's action as "pure apartheid, Nazi and colonial thinking". He said charging the boys was in direct violation of the constitution.

"It is offending their rights to freedom of expression. They have simply expressed an idea and, by suppressing them, the school is not only anti-intellectual but also scared of the truth," he said.

"We demand that they drop their reactionary and unconstitutional charges with immediate effect or face the full might of our mass power," said Ndlozi.