Bystanders egged on student who jumped to her death 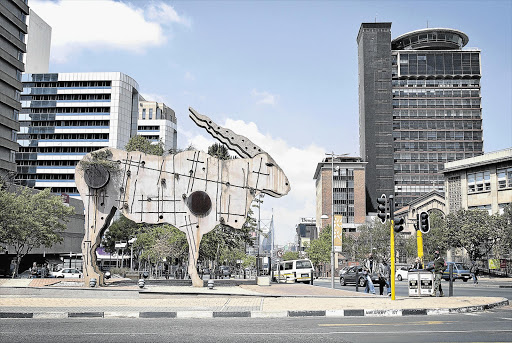 Corner of Bertha and Ameshoff streets, Braamfontein. A 19-year-old student from the University of Witwatersrand committed suicide on Saturday night by jumping from a building in Braamfontein. File photo.
Image: Clive van den Berg

A Wits University graduate on Monday recalled how a group of students dared a 19-year-old fellow student to jump‚ before she committed suicide at the weekend.

The student died on Saturday night‚ after jumping from the sixth floor of a Braamfontein building.

“I was walking in at around 9pm and I saw a group of students outside South Point. Some of them were shouting ‘jump’‚ while others tried to convince her not to jump‚” said the student‚ who did not want to be named.

“I looked up and noticed somebody standing on the balcony and facing an apartment.

“People kept shouting. She was speaking with the guys who were inside the flat – including her friends‚ boyfriend and a security guard.”

Tributes pour in for Wits student who committed suicide

Tributes have poured in for a 19-year-old Wits University student who committed suicide at the weekend.
News
4 years ago

The law graduate said when he saw that the student was not going back inside the flat‚ he and a couple of other students organised mattresses to put on the pavement.

“The whole situation was handled badly. It was possible for us to get more mattresses‚ because there was enough time to do that. I was there for 35 minutes‚” he said.

“I think the problem is that people were not convinced she was going to jump. While the commotion was going on‚ a group of students dared her to jump. They said she was not going to do it. Five minutes after they told her to jump‚ she jumped. ”

He said the student was still alive after the fall.

“I think she died after eight minutes‚ because when she hit the ground‚ she was still breathing – some of us tried to reposition her‚ as she was face-down on the pavement.”

The graduate said he did not know the student personally‚ but had seen her on campus.

Wits University would not reveal the identity of the student‚ saying it needs permission from her family before releasing her personal information.

“The office of the Dean of students is in contact with the family and will continue liaising with them. The matter is also under investigation by the police. Anyone with further information should report it to the SAPS and Campus Protection Services‚” the university said.