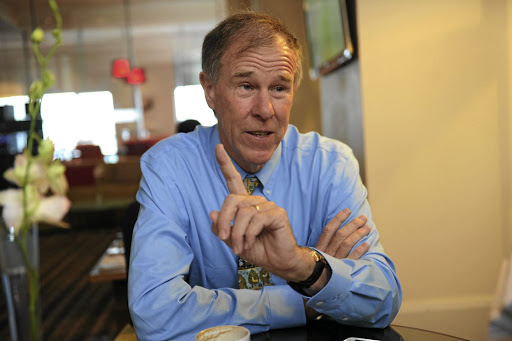 Controversial scientist and Banting diet champion Tim Noakes finds himself at the centre of a new storm after tweeting that the traditional food pyramid was tantamount to genocide.

Noakes was critical of common dietary guidelines saying they will be "remembered in history as a genocide".

Low-carbohydrate advocates, including Noakes and his colleagues, have long blamed dietary guidelines for the growing number of people suffering from obesity or diabetes worldwide.

Most national dietary guidelines promote eating large amounts of fruit and vegetables, low amounts of saturated fat, moderate amounts of meat and many servings of carbohydrates.

The guidelines that Noakes referred to as "akin to genocide" promote a daily eight glasses of water, three to four servings of fruit, six to 11 servings of unrefined carbohydrates, two to three servings of dairy and minimum use of fats.

South Africans spend more money on beer than on vegetables

We often get so caught up in the daily grind we miss what is right in front us. Believe it or not‚ the price of fuel‚ vegetables‚ oils‚ fats‚ bread‚ ...
News
4 years ago

Noakes on Monday defended the use of the word "genocide", and said the majority of people interested in his nutritional views thought it was an appropriate statement. "I invite you to visit any hospital serving a poorer community, and see for yourself what is the health of the people who are eating high-sugar, high-carbohydrate diets low in [animal] fat and protein - the overall theme of the 1977 US Dietary Guidelines."

He said instead of focusing on the use of the word genocide, the focus should be on human health, which had been severely affected over the past 40 years by the adoption of dietary guidelines whose outcomes had never been tested.

Noakes claimed that life expectancy in the US was static, and was falling in certain groups.

However, other experts say Noakes's views are misplaced.

Dietician Megan Pentz-Kluyts explained to Noakes on Twitter that the South African guidelines have changed, so the subject of Noakes's tweet was outdated.

"Why does the [food] pyramid keep coming up? It has not been followed or recommended in South African nutrition circles for quite some time #oldnews''.

There is a growing move in mainstream science which asserts that people can eat more fat than was formerly believed healthy, and Noakes is critical of people being forced to reduce fat intake.

McAlpine believes that it is overly simplistic to blame the guidelines for obesity: "Obesity is complex and multi-factorial, and blaming a guideline that hardly anyone follows is simplistic and incorrect."

The British Nutritional Foundation has pointed out that people don't follow guidelines when eating and buying food.

McAlpine said that many societies in which many people live long lives eat carbohydrates - such as the Japanese. "Humans are living longer than ever," he said. "There is simply no evidence of a 'genocide'."