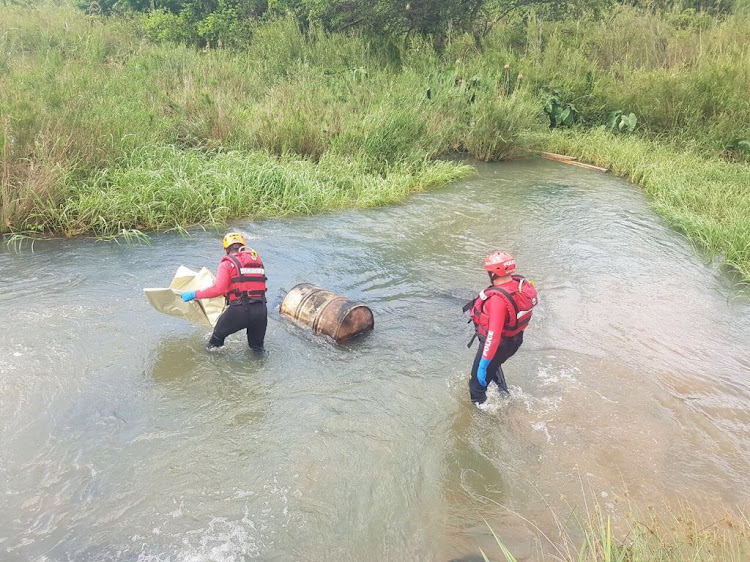 DNA is expected to play a pivotal role in investigating the murder of a man whose body was stuffed into a steel drum‚ set on fire and dumped in the Umgeni River near KwaDabeka.

The barrel‚ partially submerged‚ was found by a passer-by on Monday morning near the Ulwandle Drive low-level bridge.

Police Search and Rescue Unit officers and crime scene technicians pulled the charred remains from the barrel after hauling it out onto the river bank.

It is understood that the man’s skull had been crushed‚ likely by blunt-force trauma. Crime-scene technicians are utilising "touch DNA" – a technique that requires only minute skin-cell traces – on the dry portions of the barrel as part of their investigation.