Owner of home of death testifies in Esidimeni hearings 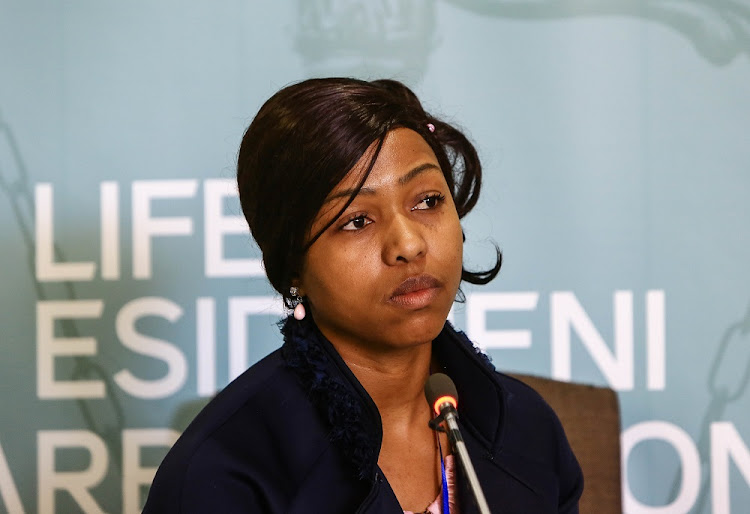 Ethel Ncube‚ owner of the Precious Angels NGO in which 23 mentally ill adults died‚ has finally admitted that she shouldn’t have taken 58 adults into her care.

Of the more than 118 Life Esidimeni psychiatric patients who died between June 2016 and February this year‚ the highest number of people died at Precious Angels.

Advocate Nontlantla Yina asked her: "Do you think you should have taken these patients?" Ncube answered: "No. My capacity is children."

Ncube‚ 34‚ runs a day-care for disabled and intellectually impaired children‚ as she has a disabled child. She testified that she has no qualification in caring for adults or sick people. She started studying accounting‚ didn’t finish‚ and has received a certificate in early childhood education.

Yet the Gauteng department of health placed 58 elderly‚ frail and mentally ill people in her care.

The Life Esidimeni saga led to more than 118 people dying after they were discharged from Life Healthcare Esidimeni homes in May and June in 2016 and ...
News
4 years ago

The health ombudsman‚ Malegapuru Makgoba‚ found that patients died from a lack of care due to inexperienced staff‚ a lack of food‚ and from the cold.

Ncube said that the Gauteng department of health did not give her money for three months‚ even then she first had 21 patients in her care.

"We did not get paid for three months. Most of the patients were on diapers. We would [use] seven bags of diapers in a day or two."

She said that she relied on donations from family‚ and used savings from her stokvel groups as well as her mom's savings to feed patients.

She didn’t pay rent and was evicted. "I suffered‚” she said‚ also revealing that her car was repossessed.

Inexplicably‚ Ncube later took in more psychiatric patients‚ until she had 58 staying in two residential homes. She told the court: "[Gauteng department officials and director Dr Makgabo Manamela] asked if we could assist for a period of time. We refused; [the department of health] kept on insisting."

Ncube testified that in some cases they were short of staff and had to cook in one home‚ then transport food to another about 15 minutes away. Lawyers read out claims that patients had to take turns eating because of a shortage of spoons‚ which Ncube said was "incorrect".

Yina pointed out that Ncube may have had too much to do: "Between running three centres and having meetings with department‚ were you are able to oversee patients?”

When hearing Judge Dikgang Moseneke asked her if it was true that 23 people died in her care from cold and hunger‚ she said that she “objected".

Moseneke reiterated: "In six months‚ 23 people under your care died – and you say they died of natural causes?”

Ncube replied: "We wouldn't know – I would also like to get closure and get peace."

Moseneke pressed her: "I don’t understand what you are saying killed 23 people under your care..."

Ncube eventually asserted: "It happened from frustration [of the patients] being moved from pillar to post."

Family members sighed and muttered as she failed to answer questions‚ but gave lengthy answers. Moseneke had to tell her multiple times to be brief‚ and eventually exclaimed: "You are being too guarded – just answer the question. I am not judging you. I just want the facts."

The court heard that conditions at Precious Angels were very overcrowded – 37 members were placed in one house with eight rooms‚ with large rooms taking seven people.

Section 27 advocate Adila Hassim read out testimony that revealed: "Overcrowding meant people were confined to bed‚ when they could have benefited from interacting with patients in gardens".