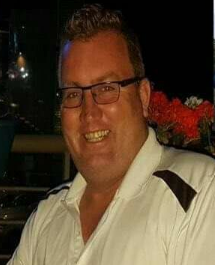 The body of Martin Beneke‚ who founded the Life in Christ Network church‚ was found burned beyond recognition.
Image: Martin Beneke via Facebook

Tributes from friends and family poured out for a Roodepoort pastor found dead in Magaliesburg after he went missing on Monday.

The body of Martin Beneke‚ who founded the Life in Christ Network church‚ was found burned beyond recognition.

“He was kidnapped and found dead at a farm in Magaliesburg yesterday‚” Makhubela said.

“The man’s hands were tied behind his back and his body was burnt beyond recognition. He and his car were found by a farmer in the area and his car was burning. The motive is unknown and at the moment no arrests have been made. He was reported missing on Monday this week by his family after he did not come back home that night‚” Makhubela added.

Beneke’s mother‚ Elaine‚ posted on Facebook: “My son is now part of statistics - hacked and killed!”

Many people poured out their hearts in memory of the pastor on social media.

Facebook friend Adam Dunn‎ posted his condolences to the family of the deceased: “Martin was a very good pigeon fancier‚ who was forever challenging the status quo. Very vocal at meeting ensuring fairness for the members‚ his club and race point locations. He was so sure of the quality of his pigeons and believed that his performance was directly related to his loft location‚ that he relocated his pigeons to Alberton just to prove the point. How many fanciers have this sort of conviction? Martin had.”

Western Cape Community Safety MEC Dan Plato wants to know why alleged crime boss Jerome Booysen was the target of yet another murder attempt on ...
News
3 years ago

One person has been arrested in connection with the murder of five people who were shot at the Steyn informal settlement in Ogies‚ Mpumalanga police ...
News
3 years ago

DNA is expected to play a pivotal role in investigating the murder of a man whose body was stuffed into a steel drum‚ set on fire and dumped in the ...
News
3 years ago

He further wrote that Beneke was a pigeon auctioneer and a family man. “Martin is synonymous with auctions. He managed almost without exception all of the local auctions including the Million Dollar auctions‚ Schmidt & Bouwer auction‚ Sandton Club auction and many others with great accuracy and efficiency‚” he wrote.

“Martin loved his family very much. Martin was very generous and was the first person to offer a trophy to the newly incorporated Gauteng Combine Challenge for the Gauteng Combine Challenge Champion‚ but not for any personal glory‚ but to honour his father and mother. I had the privilege of experiencing Martin's excitement in this endeavour‚” Dunn posted on Facebook.

“We are so heartbroken... our prayers‚ love and greatfulness go out to you‚” Andrew Bucksot commented about the pastor’s passing.

Beneke is described as a selfless leader on his church’s website. “He invests in people and has a passion not only to stretch people but to assist them in developing their God-given abilities so that God and the body of Christ may be edified‚” reads his bio.