Suspect in court over 'biggest ever' drug bust in SA 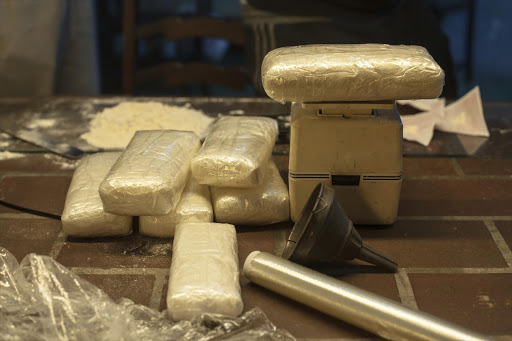 One of two foreign nationals‚ suspected of being behind the biggest drug shipment found in South Africa‚ appeared briefly in the Caledon Magistrate's Court on Wednesday.

Peter Hering was arrested at Cape Town International Airport on Monday after he arrived from Abu Dhabi.

He had flown to the Netherlands in June shortly after 963kg of heroin was discovered hidden among a consignment of wine‚ ready to be exported to Europe. He will appear in court again on October 27‚ when he is expected to apply for bail.

Hering has a wife in Strand and has been living in South Africa for more than a decade. He previously told the Sunday Times that he wished to return to South Africa.

He also pointed fingers at his co-accused Peter Ros‚ a Dutch citizen.

Ros's girlfriend's son Mark Rodriquez is under house arrest in Somerset West while he awaits trial for his alleged role in attempting to smuggle the narcotics.

The 23-year-old Rodriquez is under house arrest in Somerset West while he awaits trial for his alleged role in attempting to smuggle the narcotics.

The Hawks are working with Interpol to secure Ros's arrest.

Ros is believed to be hiding in the Netherlands or Spain.

Sources close to the investigation said that Hering had handed himself over to authorities because he had "nothing to lose" and that his assets and family were all in Cape Town.

A 43-year-old woman is now facing drug charges after she was caught bringing 180 bundles of Khat into South Africa.
News
4 years ago

SARS customs officials have been hitting drug traffickers hard of late, with a number of large seizures.But no one knows the true size of the ...
News
5 years ago

A 34-year-old woman was arrested at Cape Town International Airport on Thursday morning after customs officials discovered Tik worth over R1 million ...
News
5 years ago

Tik worth R7,5m latest in string of drug busts at OR Tambo airport

The latest drug bust at OR Tambo International Airport in Johannesburg netted 25kg of tik (crystal methamphetamine) valued at R7.5-million on Friday ...
News
5 years ago