Mourners gather as Durban remembers those who died in mega-storm 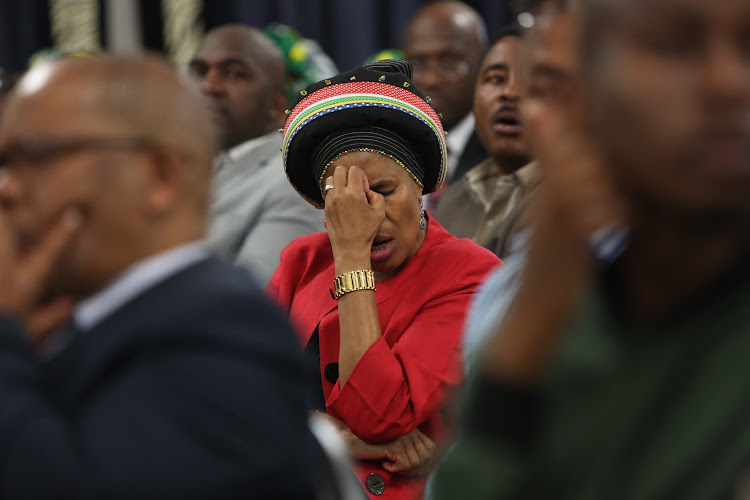 Anele Lukhozi can't hold back her tears as she stands inside the Durban city hall. Her mom‚ Phumlile‚ was one of 16 people who died in last week's mega-storm that lashed KwaZulu-Natal.

"I don't know how to explain what I am going through right now‚" Anele told TimesLIVE at a memorial service held on Thursday.

"My mother was the breadwinner and now that she is gone my brother and I are left with nothing."

As she spoke‚ church hymns filled the Albert Luthuli room inside the city hall. Mourners and religious leaders gathered to remember those who died.

The body of 22-month-old Okuhle Kweyama was found in a river on Thursday morning. She was the last reported missing person.

Close to R100-million will be spent on repairs to healthcare facilities in KwaZulu-Natal following last week's devastating storm.
News
4 years ago

Authorities in KwaZulu-Natal will on Wednesday begin mopping up operations after a devastating a "super-cell thunderstorm" hit the province.
News
4 years ago

Severe storms in KwaZulu-Natal have claimed their first fatality as relentless rain and wind forced some schools to suspend learning.
News
4 years ago

Not even the men and women tasked with helping out during Monday's heavy storms in KwaZulu-Natal were immune from the inclement weather. Images sent ...
News
5 years ago