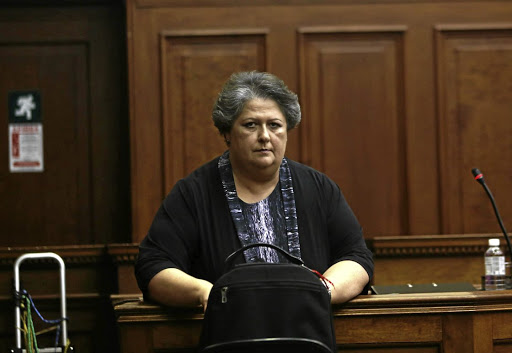 Their DNA expert, Dr Antonel Olckers, was asked by the state why she had introduced a "foreign peak" found in the data when it carried no meaning.

Olckers said the peak on the line graph was "unexplained" and should have been raised by the state.

In DNA sequencing, an electropherogram plots results on a line graph. When a peak appears, it might be a useful contribution to building a full profile, but more data is needed to suggest someone's DNA is present. 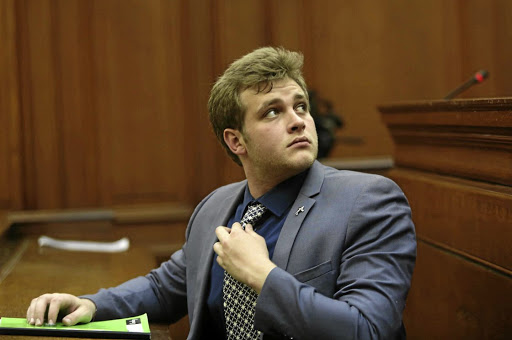 Prosecutor Susan Galloway told Olckers: "You were given black-and-white copies in low resolution, and you then manipulated what you had to get what you wanted from it."

Judge Siraj Desai began Wednesday's proceedings by asking Olckers to respond to cross-examination only with "pertinent" information. This came after a laborious day on Tuesday, with Olckers persistently giving lengthy answers.

On Wednesday, Galloway also accused Olckers of contradicting herself by criticising the state for analysing DNA samples which she said were below the optimum amount but then analysing the same samples herself to contradict the state's findings.

"I compiled a list of samples I thought should not have progressed through the analysis system as they did at the state laboratory," said Olckers, "because they were below one nanogram."

On this list were samples from the shower at the family home in Stellenbosch, where Van Breda is accused of murdering his parents and elder brother in January 2015.

The DNA expert appearing on behalf of Henri van Breda in his triple axe-murder trial came under fire again on Tuesday.
News
4 years ago

Olckers said there was no female DNA in the samples, but Galloway said this was a strange conclusion when she had said the samples were too small to analyse at all.

"I am trying to point out ... that they should not have gone through the system," said Olckers.

Desai pressed Olckers for her expert opinion as a scientist, but instead she quoted from the standard operating procedures.

"Should evidence be ignored altogether if it is below one nanogram?" asked Desai.

Olckers said: "However much one would want to use a conclusion, if it is not based on valid data, the interpretation isn't valid and thus neither is the conclusion. That is how science works."

Desai asked: "If it leads to a result with some degree of certainty should it then just be ignored?"

When Olckers said: 'Yes', Desai said she could be "proposing an unrealistic standard for the 21st century".

Charles Moore is trapped in his own type of prison — the grief of losing his daughter‚ Lekita‚ at the hands of a serial killer.
News
4 years ago

There is finally some closure in the murders of KwaZulu-Natal Midlands couple Christine and Roger Solik.
News
4 years ago