Hijackings and house robberies - the crimes South Africans fear the most - have increased‚ along with murder.

The statistics show that on average 52 people are murdered every day‚ with attempted murders numbering 50 a day.

Police also revealed that there were 140‚956 violent robberies in South Africa. 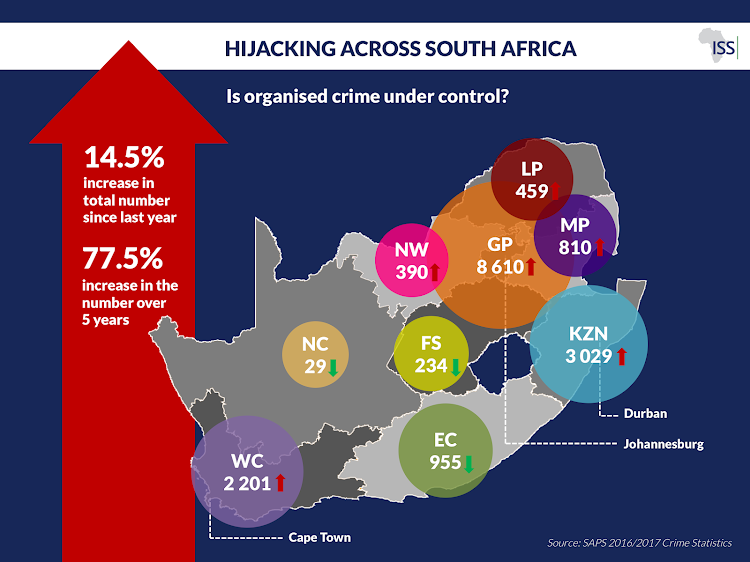 "In a large number of house and business robberies‚ robbers target electronic goods‚ jewellery and cellphones which are sold on quickly through organised groups who deal in stolen goods."

Aggravated robberies are the highest they have been since the 2003/2004 financial year‚ he said.

The increase in aggravated robberies meant that the capacity of the police to effectively identify these networks had been compromised and was not working well‚ said Newham.

"The simple fact is that there are no deterrents to these criminal networks‚ which means more people are setting up syndicates.

"The increase in these crime categories is a result of the sense of impunity those who belong to these criminal networks have‚ and the lack of fear they that have‚ that police will identify them and bring them to justice." 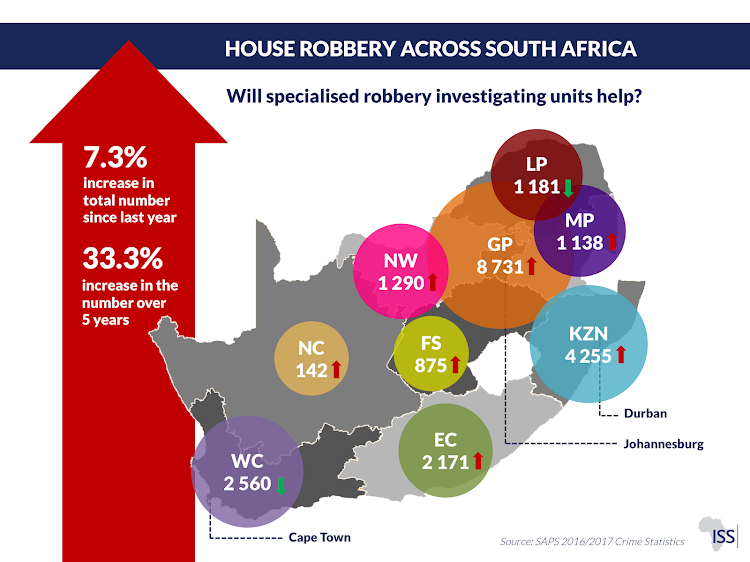 He said the increase in murders was far more complex and was affected by various factors.

"When you have a decline in governance‚ which leads to service delivery breakdowns and failures‚ you have increasing levels of social instability.

"This results in an increase in groups and gangs who use violence to solve problems and deal with conflict.

"We have seen how the ability of government to deliver services has declined‚ which has directly contributed to social instability and increased levels of violence and murder and attempted murders."

The number of murders committed in 2016/17 increased 1.8% year-on-year‚ even though contact crimes as a broad category saw a drop of 2.4%.
News
4 years ago

A criminologist claims that an increase in arrests through police action is nothing more than a move to target the poor.
News
4 years ago

Safety and security situation in city bad and getting worse, world survey finds
News
4 years ago